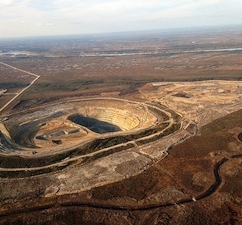 London, UK—Anglo American, the majority owner of De Beers Group, announces its donation of $100 million to create a special endowment to support the sustainability work of the Anglo American Foundation.

Duncan Wanblad, chair of the Anglo American Foundation, said, “The Anglo American Foundation does incredible work that makes a real and lasting difference in communities around the world. This special $100 million contribution from Anglo American will help us take the scale of what we can deliver to an entirely new level, funding more ambitious and longer term projects. Our Foundation is aligned with the spirit of Anglo American’s purpose – to re-imagine mining to improve people’s lives. It also reflects our ethos of partnership, charitable giving and volunteering, which are deeply embedded into our company’s DNA and which have mattered like never before as we responded to the pandemic and look ahead to the recovery phase.”

Anik Michaud, group director of corporate relations and sustainable impact for Anglo American, added, “As a leader in the global mining industry, and given our ever more essential role to deliver the future-enabling metals and minerals for a decarbonized and consumer-centric world, it is also our duty to be responsible and responsive to society’s wider needs.”

Projects that could receive funding from the Anglo American Foundation include:

A major focus for 2020 was supporting Anglo American’s WeCare programme in providing Covid relief efforts across our operational footprint and with a particular focus in Botswana, Brazil, Chile, Namibia, Peru, South Africa, and Zimbabwe. This support included funding medical equipment, PPE, health information campaigns, widening access to clean water, and support for livelihoods and vulnerable people; for example, through more than 50,000 food parcels and help for the victims of domestic violence.

More information can be found on the Foundation website.

Next article:
Le Vian Red Carpet Revue Is Back In Las Vegas