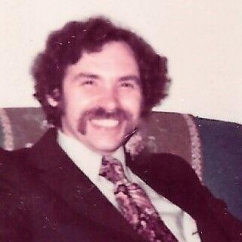 Buffalo, NY--Renowned jeweler Antonio Celi died on February 20 in Millard Fillmore Suburban Hospital after a period of declining health. He was 83.

Celi was known for his fine craftsmanship with rings and other items. Others remember him for the same and so much more.

“If a jeweler had a difficult piece that needed to be made, he was the one to go to,” his wife, Martha, told Buffalo News' Dale Anderson. “If they had a special stone which no one else could make a jewel of, he could do it.”

Mr. Celi — fifth of seven boys — moved to Florence, Italy, after the second world war, where he was noticed for his artistic talents. He soon became an apprentice to a silversmith.

Later he moved to Toronto and joined his brothers. They opened a shop and a jewelry manufacturing operation. Mr. Celi's work quickly got him recognition, and he was featured on magazine covers.

Mr. Celi is survived by his wife, a son, a daughter, and four brothers,

The family will hold a memorial for him from 11 a.m. to noon on May 5 in Zurbrick-Amigone Funeral Home, 5615, Lancaster.

Next article:
Centurion Survey: How Much Revenue Should You Get for Your Investment in Sales Staff?