Frédérique Constant Partners To Honor European Entrepreneurs of the Year

Geneva, Switzerland–The winners of the European Entrepreneur of the Year Award and the Innovation Award were recently announced during a gala awards ceremony, and both winners received a Frederique Constant watch in recognition of their achievements. The watchmaker is a global partner in the awards.

Klarna, the safe online payment company founded in Stockholm in 2005, was granted the 2012 Entrepreneur of the Year Award. It offers a zero-friction online payment solution for consumers and merchants to interact with each other as safely and simply as possible. Klarna is one of Europe’s fastest growing companies, growing to 700 employees in seven countries in as many years.

The CEO and founder of Enecsys Ltd., Michael J. Fister, who created the micro inverter energy-harvesting device company in 2003, won the 2012 Innovation Award. Enecsys is the premier supplier of grid-connected micro inverters and monitoring systems. The micro inverter converts and controls DC power generated by solar modules into AC power for homes and businesses. 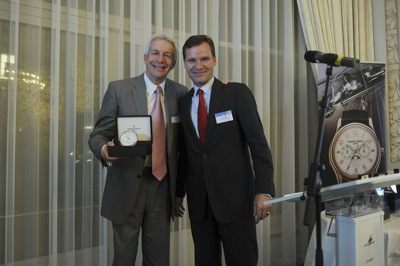 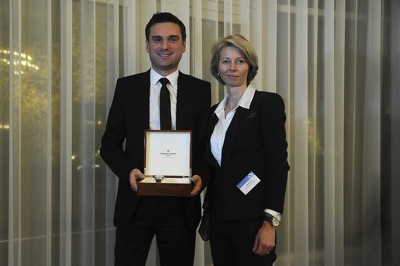 Jeweler Cunningham Is Next To Say “Time To Retire!” 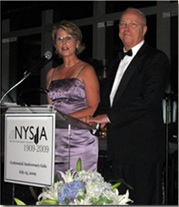 Jewelers Howard and Vicki Cunningham have received numerous awards in the industry in the quarter-century their store has been in business.

The decision to retire was driven on multiple levels, said Cunningham in an interview in JCK. Between some health problems for Howard, a lease about to expire, and the lingering stress from a pre-Valentine’s Day robbery in February this year, the jeweler said it’s the right time to close the store. 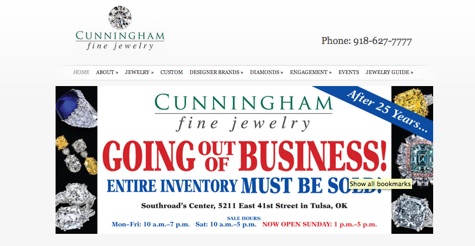 Following the firm’s inventory liquidation, which should be completed in January or February, the Cunninghams plan to spend time with their four grandchildren, but Vicki will remain active in the industry on the Jewelers for Children charity board.

Westwood, CA--To kick off the holiday season in true Hollywood glamour, Sarah Leonard Fine Jewelers hosted a private Red Carpet event featuring Bellarri’s award-winning creations, along with a special in-person appearance by the artist herself. Bellarri says she was was honored to be featured for this signature event, which also marked the 66th anniversay of Sarah Leonard Fine Jewelers. 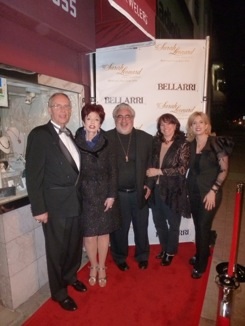 The artist Bellarri, second from left, poses with some of the Sarah Leonard team, including owners David and Gail Friedman.

Circa Gets National TV Exposure

To support the TV exposure, the firm opened its New York and Chicago offices early and promoted the appearance on social media.