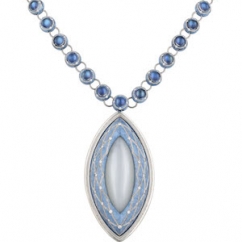 Austin, TX—Renowned jewelry artist Sir Zoltan David will have one of his designs permanently on display at the Smithsonian National Museum of Natural History. His award-winning necklace, “Iris,” (left) will be installed as the centerpiece of the Moonstone Collection in the Feldspar exhibit in the Smithsonian’s renowned Gem Hall.

“I am delighted to have my work become a part of American culture,” says David. “This is a literal dream come true for me. As a young man, at the early stages of my training in fine jewelry, I remember standing in the Smithsonian in awe of the craftsmanship surrounding me, and hoping that someday my work could be on display there. What an honor to have my Iris necklace showcased with the some of the finest jewelry houses in the world. I am a proud small business owner who is truly living the American dream, and I am grateful now to be sharing my work with people from around the country and across the globe.”

After winning the 2016 American Gem Trade Association’s Spectrum Award, the necklace was displayed at the AGTA show in Tucson, where curators from the Smithsonian saw it after a multi-year search for the perfect piece to highlight as the center of the museum’s moonstone collection. A custom display and lighting are under construction for it, and the necklace will go on display permanently beginning in early 2018.

The reverse of the pendant is engraved with, “By the light of a silvery moon, an ocean of life awaits your magical touch.”

New York, NY—Jewelry designer Alex Soldier recently launched a new blog detailing the global following of collectors his brand has. Click here to read about the recent gathering aboard the 145-foot yacht Bravelove One in Monte Carlo, Monaco. 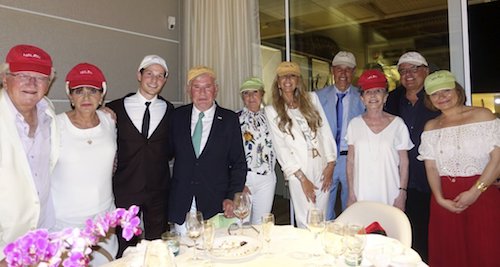 Next article:
Recycled Gold Can Be A Competitive Edge If The Brand Story Is Compelling