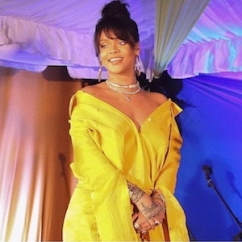 Barbados—At a recent ceremony in her native Barbados, singing megastar Rihanna wore an Oscar Heyman diamond necklace and a ring featuring a center garnet and yellow and white diamond accents. The November 30 ceremony was to rename the street where she grew up to “Rihanna Drive.” She also wore Hearts on Fire bangles, Noudar rings, and a Narcisa Pheres ring during the commemoration. 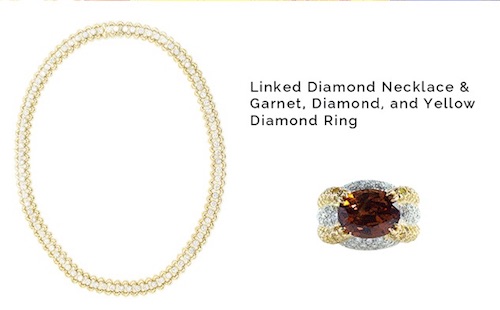 Oscar Heyman, above, and Hearts On Fire, below, were among the brands Rihanna chose for a special appearance in her native Barbados. 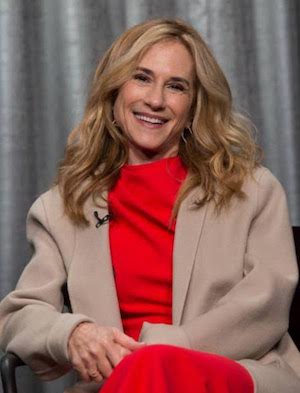 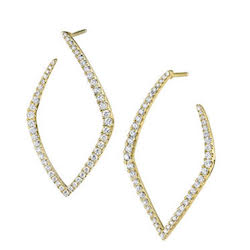 Separately, Gwen Stefani wore Sylvie Collection’s 14k white gold and diamond bangle bracelet and a 14k yellow gold and diamond modern fashion ring as part of her look for her "You Make It Feel Like Christmas" press tour in London and Dubai: 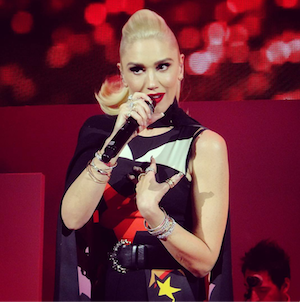 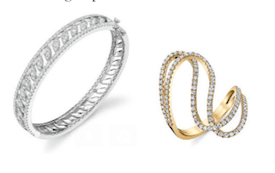 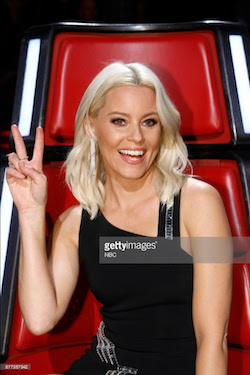 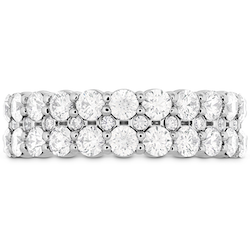 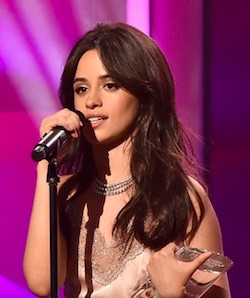 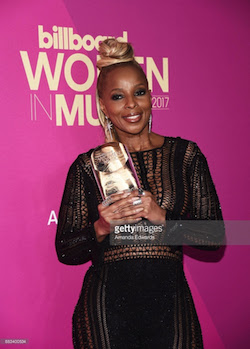 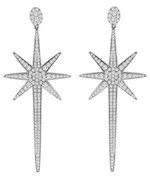 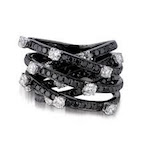 Kehlani maxed out in Le Vian rings while on stage at the event. 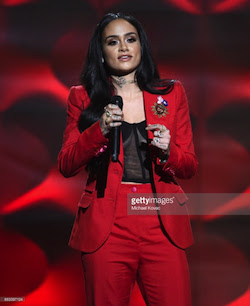 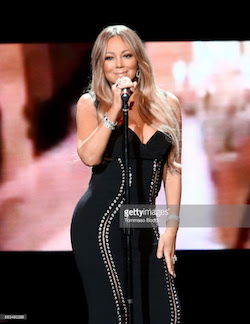 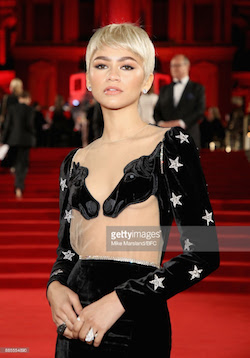 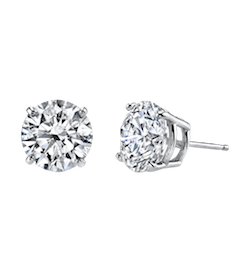