Phoenix, AZ—Jewelers from around the country come to the Centurion Show not only for the excellent lineup of exhibitors and education, but also some like to come in early to enjoy a bit of golf and tennis in Arizona’s temperate and sunny winter climate. (Left: Nick Schwall, Sean Moore, Mitchell Feuer, and Larry Seltzer, winners of the golf tournament.)

The outing also featured a new activity that was extra fun for a good cause: for a small donation, participants could shoot golf balls from a miniature handheld compressed-air “rocket launcher” device. 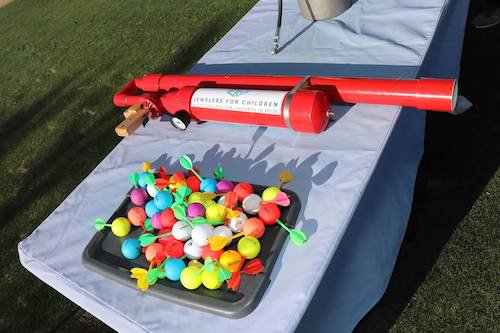 Everyone enjoyed the unusual diversion, which raised almost $2,100 for Jewelers For Children. Jeweler Colin Nash of Nash Jewellers in London, Ontario won the prize for getting his rocket-launched ball closest to the pin.

Nine jewelers and manufacturers entered this year’s annual tennis tournament (below, ready to serve!), and the winners were Michael Rubel of Nader Kash in the men’s division, and Melanie Goldfiner of Rahaminov in the women’s division. 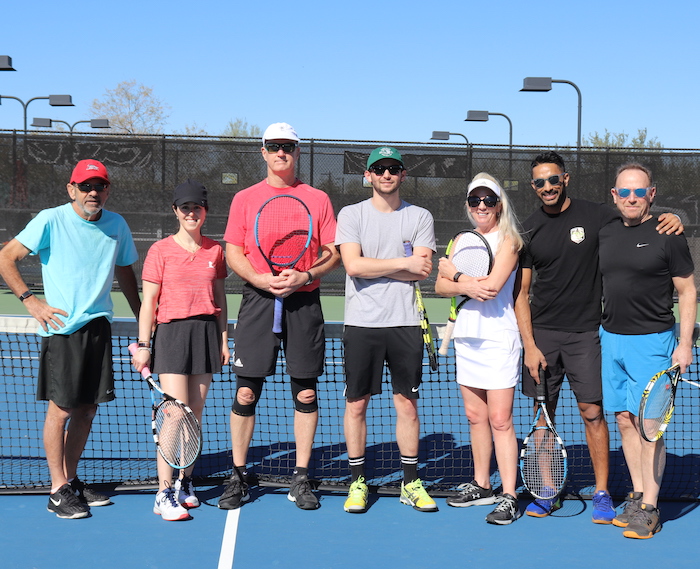