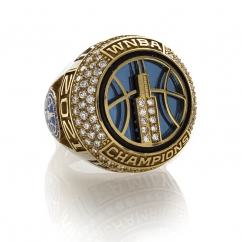 Ed Werner of William Levine Fine Jewels is friends with Chicago Sky owners Michael and Harvey Alter. This led for the Alter brothers to hire Werner to create the championship rings. This was a double surprise for Werner since his company is a wholesaler and rarely creates jewels for consumers.

“I’ve held many world championship rings in my 40 years in the jewelry business and never thought I would get the chance to create one,” Werner said on his Instagram site. It was an honor to be approached (let alone be selected) to create the rings for the 2021 WNBA World Champions- The Chicago Sky,” Werner said on his Instagram site. “Eight months ago the design committee of the Sky and I met to start the process of getting what was in their head onto paper- and finally on the work bench.”

Warner created nearly 100 rings for Chicago Sky players, executives, front office staff and other employees. Each ring is made of yellow and white gold and topped with 87 diamonds totaling about 2.25 carats. The year “2021” is written on the side in gold along with the Chicago Sky logo, each recipient’s last name and uniform number and the WNBA championship trophy in diamonds. The sides of the ring have images of the Chicago architectural landmarks, the John Hancock Building, Water Tower (commonly known as the Sears Tower) and the site-specific “Cloud Gate” sculpture, also known as “The Bean,” in 10k gold. 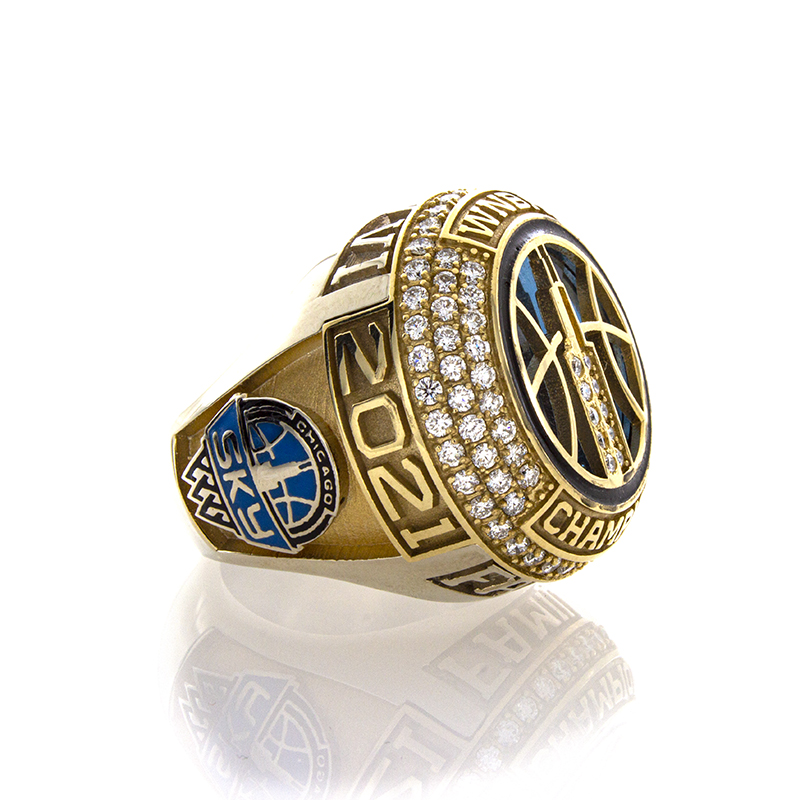 As a final touch, inside the shank of each ring is engraved with the Sky’s results in each round of the 2021 playoffs:

The rings were handed out to the players on May 25 during a pre-game celebration of their 2021 championship. Werner was among those in the audience at Wintrust Arena.

I hope each and every player, coach, owner, front office staff and employee enjoys the championship ring as much as I enjoyed creating them,” Werner said on his Instagram page. “The finished product turned out better than expected.” 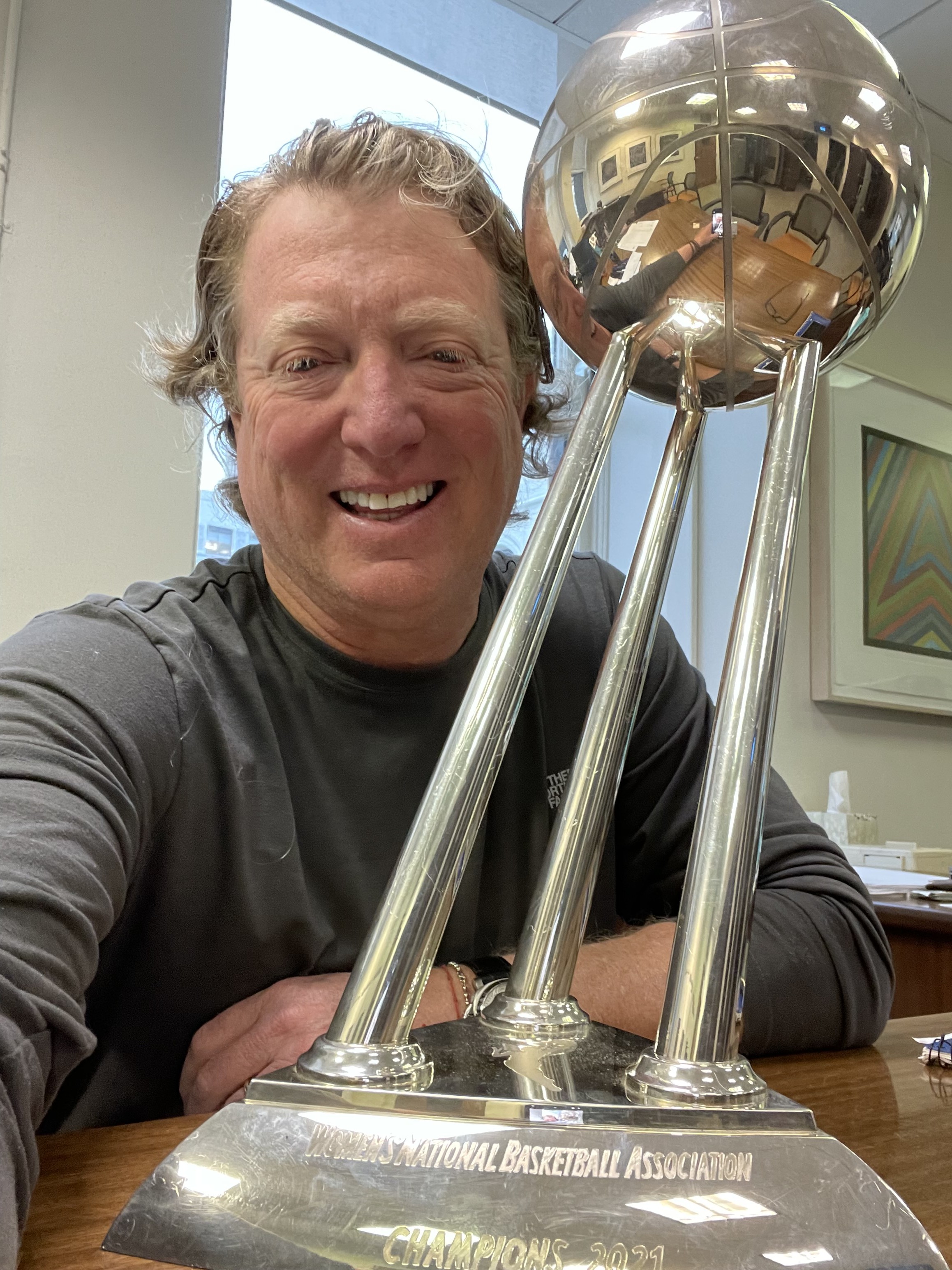 As an added bonus, Werner told Centurion that the trophy was championship trophy damaged during the celebration and he was hired to repair it.

View a NBC 5 Chicago story about Werner and the rings.

Next article:
Bellarri Accepted for Membership in the American Gem Society