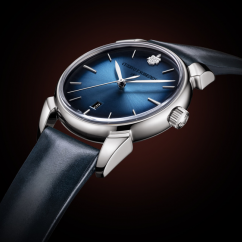 Lugano, Switzerland--The new "Historiador Asturias" watch collection from Cuervo y Sobrinos honors the company's founders, who sailed to the Americas in the 19th century in pursuit of fortune. According to the company, Cuba proved a popular choice for the intrepid Asturians, eager to discover a new world and make a better life.

Asturias is a principality located in northwest Spain. The industrial revolution reached this region at some point around 1830. The area was heavily dependent on coal mining and iron production. However, many citizens dreamed of a new life and chose to emigrate to the Americas, including Argentina, Uruguay, Puerto Rico, Mexico and, most pertinently, Cuba. 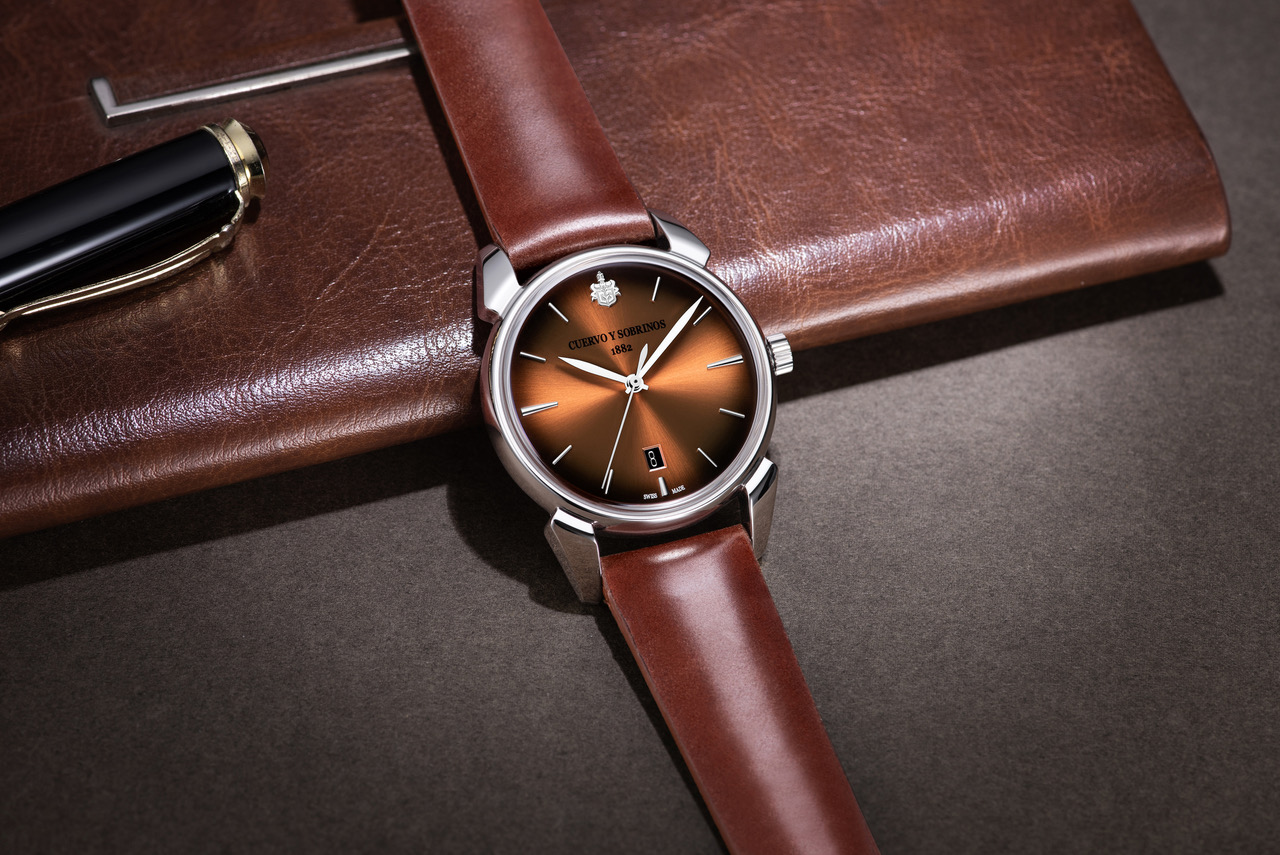 Ramón Fernández Cuervo an immigrant from Pravia, a town in Asturias, established a jewellery store in Havana in 1862. Many of the Asturians were entrepreneurial and some returned to their home in northwest Spain as wealthy individuals, however, Ramon remained in Cuba and when his business was on a sound footing, he invited many of his family members to join him in Havana.

Later, in 1882, Don Ramón established a new company with his nephews (sobrinos), the aptly named ‘Cuervo y Sobrinos’. The extraordinary business acumen of Don Ramón and his family proved instrumental to their success. Over subsequent years, the firm repeatedly moved to larger premises and also became a jewellery wholesaler. The company was held in high esteem. Indeed, several watch brands chose to apply the retailer’s name to their products. Such companies included Longines, Patek Philippe, Rolex et al.

During the 1920s, Cuervo y Sobrinos opened offices in Paris and Pforzheim. In 1928, the company also opened a watch workshop in La Chaux-de-Fonds, Switzerland. Over the years, Cuervo y Sobrinos has witnessed much change, but its success can be traced back to one man, Cuervo, an immigrant from Asturias.

The company is pleased to unveil the Historiador Asturias, a series of new models that honour the Cuervo family birthplace. These new watches join the Historiador collection, a range of classical models that celebrate the history and traditions of Cuba. 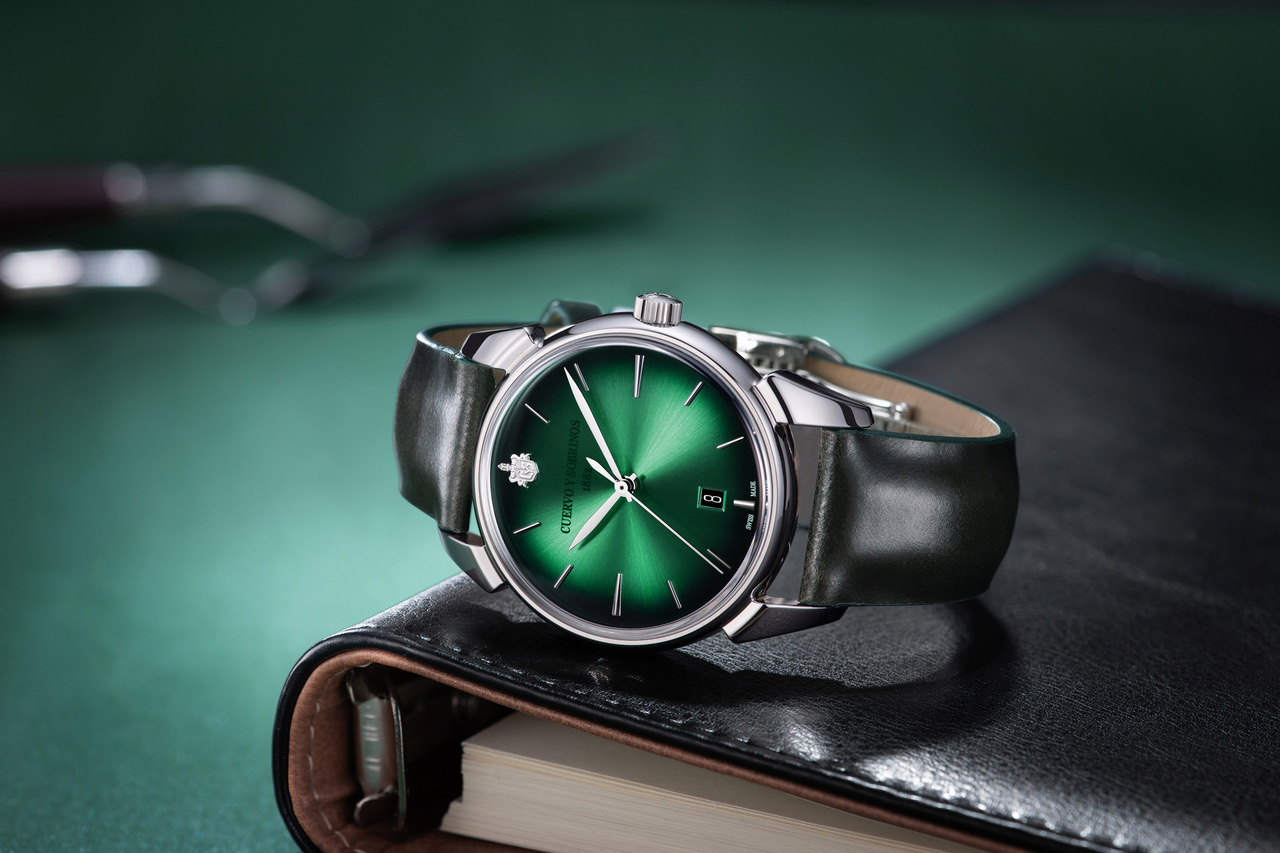 A passion for history

History has always been at the heart of the Cuervo y Sobrinos brand. In 2009, Cuervo y Sobrinos reopened its Havana boutique. Dr Eusebio Leal Spengler, Havana’s official Historian, proved instrumental to the restoration of the boutique as well as many other glorious buildings within the capital city.

The Historiador Asturias perpetuates the company’s passion for history. Offered in four variants, each option features a dial that exhibits a slightly mysterious, smoky appearance. The dial transitions from mid-tones at its centre to deep shades near the perimeter. Prospective wearers can choose from one of four dial colours, namely, Agua Blue, British Green, Negroni Red or Tropical Tobacco.

The new Asturias models have a price of approximately € 2000 (retail), a figure which reflects the company’s recent strategic decision to reposition itself more aggressively within the € 2000 and € 3000 (retail) price segment. Cuervo y Sobrinos believes that operating within this price segment, delivering an impressive quality-price ratio and, of course, notable style are critical to its continued success. Furthermore, it demonstrates the brand’s desire to enter new markets around the globe.

Cuervo y Sobrinos has equipped the Historiador Asturias with the CyS 5104 calibre, an automatic Swiss movement based on the Peseaux 224. The oscillating weight is decorated with Côtes de Genève and features the brand’s emblem.

When designing the Historiador Asturias, Cuervo y Sobrinos delved into its vast archives and took inspiration from some of its former models produced in the 1940s. The resultant case design echoes the styling of this era, but also subscribes to modern tastes with its generous diameter of 40mm. The steel case is highly polished, accentuating its gently arcing contours. The elongated lugs project from the case, resulting in the watch sitting squarely and comfortably upon the wrist. The model features a double curved sapphire crystal enticing light to flood the dial surface, thereby augmenting readability.

The Cuervo y Sobrinos Historiador Asturias celebrates Cuervo, the founder of the company, his nephews and the many citizens from Asturias who chose to make Cuba their home. Collectively, these individuals have enriched Cuban society and helped make it what it is today.

Back to where it all began

Recently, the Historiador Asturias was officially unveiled at an event in the Sanchez Vallina Joyeros jewellery store, located in the town of Oviedo in Asturia. This is not far from where the Cuervo family lived prior to emigrating to Cuba.

The Sanchez Vallina Joyeros jewellery store was founded in the late 1960s by Nicolás Sánchez. During the 1970s, the business moved to premises located on Asturias street. Today, it is located on Gil de Jaz street in Oviedo, one of the most important commercial areas of the town.