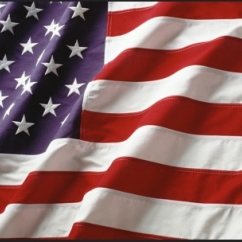 Merrick, NY—A fall 2012 study by the Boston Consulting Group found that eight out of 10 U.S. consumers are willing to pay a price premium—ranging from 10% to 60%—to have an American-made product vs. one made in China. Even more surprising, 60% of Chinese consumers also preferred the U.S.-made product.

BCG’s findings are nearly identical to a similar study conducted by Consumer Reports National Research Center. In that study, 78% of respondents said they’d prefer an American-made product to an identical one made abroad [in a low-wage country]. The most-often cited reasons were: 1) to retain manufacturing jobs in the United States and keep American manufacturing strong, 2) concerns about social issues like child labor or sweatshops; and 3) belief that American-made goods are higher quality.

But these studies mainly examined everyday products ranging from baby food to washing machines, not luxury products. And repeated reports of poor safety, environmental, and labor practices have given China in particular a black eye.

But what, if anything, do these findings mean to the luxury market? Does “Made in America” matter when it comes to luxury products?

To customers at Jewel Mark in Santa Fe, NM, “Made in America” matters very much, as it does to Michael and Rita Linder, the store’s owners.

“We have our own jeweler, and he’s fantastic. He used to work for Tiffany and Cartier, and it’s very impressive to consumers that he’s here and that he makes exclusive jewelry for us. They love that the jewelry is made here, and it really helps us brand ourselves,” says Michael Linder.

Rita is even more passionate about American-made goods. “To me, it’s of the utmost importance. If I buy something, I want to know it’s made in the USA.” At home, she prefers American-made appliances and Cadillac cars—and says that when she and Michael recently went to replace a hot tub, she was thrilled to find the model they liked was built in the United States. It sealed the decision to buy it.

The couple also owns a fashion boutique that specializes in American-made apparel and accessories, but not everything in the jewelry store is American-made, says Michael Linder. The firm carries Italian brands Roberto Coin, Rebecca, and Gucci, Canadian Claude Thibaudeau, and Swiss Victorinox watches.

Linder also says customers aren’t all as focused on American goods as Rita is. For sure not in automobiles, he says, citing the high number of luxury foreign car dealerships near the store.

Rita agrees that customers are comfortable with heritage luxury brands that aren’t American. What it boils down to, she says, is quality and conscience: they want high-quality craftsmanship and products that weren’t made with sweatshop labor.

Michael Zinser, a partner at the Boston Consulting Group in Chicago, was one of the architects of the BCG study. The BCG study didn’t measure product preferences by price point or test luxury vs. non-luxury status, he told The Centurion, but consumer willingness to pay a price premium for American-made goods remained fairly consistent across all income groups, from low to high.

Tod Marks, the editor of the Consumer Reports’ study, said it’s possible to extrapolate some conclusions about luxury customers from the data.

“Based on some telltale things [in our findings], it’s not unreasonable to extrapolate that the positive feelings about American-made goods would extend to the luxury market and goods made in other Western industrial nations,” he told The Centurion. Those attributes include a perception about better quality, and, especially, about fair labor practices and responsible environmental practices.

Certain products also are associated with certain cultures, and steeped in our institutional memories, said Marks, using German cameras and Irish wool sweaters as an example. “Products made in certain places are recognized as standing head and shoulders above the rest,” he said. This clearly has a positive impact on luxury goods.

Defining American. According to Consumer Reports, few products except cars, textiles, furs, and woolens are required by law to reveal their American heritage, but when any company boasts of its American heritage, it does have to comply with certain laws designed to keep consumers from getting confused. 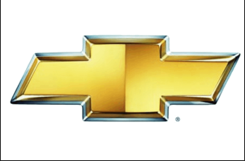 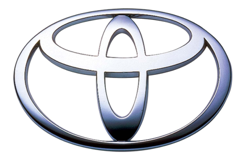 Quick! See if you can pick out the American car logo.

And, according to Cecilia Gardner of the Jewelers’ Vigilance Committee, technically most fine jewelry is not fully “Made in America” unless all the metals and gems in it also were mined here. Rightfully, it’s “Assembled in America.”

Zinser believes American consumers understand the global economy is here to stay. “For companies who produce their goods in the United States, we believe they will benefit from promoting this fact, but we don't think that consumers expect them to make all of their products domestically given the global nature of manufacturing today,” he told The Centurion.

Marks added that many heritage American brands have a capsule collection made here, giving a halo effect to the brand, while the broader range of products are made abroad.

Service in America. During a special retailer workshop about merchandising at the recent Centurion Jewelry Show, the retailers in the session agreed it’s essential for international brands doing business in the United States to have a representative or office here to service the brand, rather than relying on international email and coping with multiple time zones.

Tom Heyman of Oscar Heyman Bros. agrees. The fact that all of Oscar Heyman’s jewelry is made in the firm’s New York atelier is a selling point for customers, and especially when it comes to getting something sized, adjusted, refurbished, or finished in a matter of days.

“If a client needs a ring sized for a customer’s anniversary in three days, it goes back to the same craftsman who made it in the first place, and he uses the exact same solder he used in making it,” says Heyman. 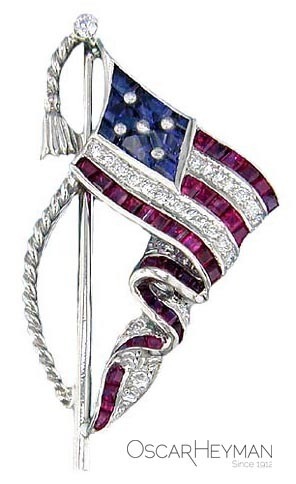 Being American-made is a point of pride for Oscar Heyman. Here, the company's diamond, ruby, and sapphire flag brooch.

Most of all, consumers want to know what they’re paying for. A discussion forum on the website madeinusachallenge.com revealed some resentment at finding out one premium-priced American handbag brand is largely made in China.

Consumer resentments expressed on the site stemmed from perception of the Coach brand as “all-American,” and feeling that the labor savings from being made in China should be passed along in the bags’ prices. Because there were few complaints about the bags’ quality, one can extrapolate that the main issue was perceived value.

It all comes down to perception, says CR’s Tod Marks, who researched Coach for other articles in Consumer Reports. The perception of the brand as “all-American” stems from the days when it made timeless, classic leather goods in New York, he explained. But in 1985 the brand was sold to Sara Lee Corp. (which has since divested it), and it morphed into a fashion company that changes goods seasonally. While Coach's website discusses the company's American heritage, it doesn't claim that its products are all made here, and the company logo (below) doesn't imply it. 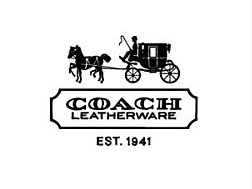 Still, Marks said, the fact that these consumers still perceive the company as all-American shows how important the power of branding is.

But consumers on the madeinusachallenge site also said they would pay for a luxury bag made in either a “fair wage” country or for a “fair trade” brand like “Sarah’s Bag” that employs and trains at-risk women in Beirut, Lebanon.

“People like the whole picture. They don’t want half the story,” says Marks. For luxury jewelers, that means—again—education. Know the history of the brands you carry, and where and how they’re made, so you can answer questions correctly.