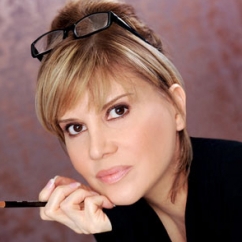 After studying fashion merchandising at Brooks College, James went to work for famed luxury retailer I. Magnin in San Francisco, where she developed her expertise first in the beauty and cosmetics field. After meeting beauty and fashion industry luminaries like Karl Lagerfeld and Evelyn Lauder, she used her merchandising talent to further the vision of the multi-million-dollar department, but the turning point in her career came with the publication of Martha Stewart Weddings.

James’s passion for the wedding and bridal industry brought her into the luxury jewelry sector, through a position at Tiffany & Co. in Beverly Hills. She worked there for two years before joining renowned platinum jewelry designer Michael Bogosian, the late innovator of the Michael B. brand. James helped Bogosian launch his first bridal collection to great success.

After nine years as vice president of marketing and sales at Michael B., during which time she skillfully positioned the profitable bridal brand, James branched out on her own in 2005 with just one piece, the Sweet Juliet engagement ring. The ring’s immediate success helped to expand her line into several signature collections, and in 2008 she was named the bridal category winner of the Town & Country Couture Design Award. Her brand has been featured in numerous trade and consumer publications.

“As part of the Michael B. family for over a decade, Katharine was a talented, innovative, and creative woman. More than a friend, she was also a beautiful inspiration. Katharine left us much too soon and will be greatly missed, not only by us but by those who knew her. As a whole, the jewelry industry has lost a bright and shining soul,” said Aida Bogosian, Michael Bogosian’s widow.

James is survived by her brother, James Chester, a sister, Denise Kay, and her mother, Maria Chester.