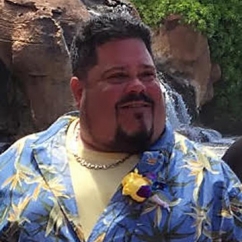 Born and raised in Hammonton, Bruno was the founder of David Charles Ltd. After purchasing a small one-man jewelry shop from jeweler Pete Pistoia in 1983, he started David Charles Ltd. in 1985 with his then-new wife, Jacqueline. He became an IJO Master Jeweler in 2009.

In addition to his work as a jeweler, Bruno was active in his community and a beloved philanthropist. He was a longtime member of the Greater Hammonton Chamber of Commerce, and served on its board of trustees. Its executive director, John Runfolo, told the Gazette, “David was a respected Hammonton businessman and faithful member of the Chamber, who always supported our goals. He was a talented artisan whose reputation as a meticulous craftsman was well-known.”

He also was a board member of the Hammonton Revitalization Corp. and a gold sponsor of the Shirley Mae Breast Cancer Assistance fund, an initiative benefiting local breast cancer survivors. David Charles Ltd. designed and donated a unique piece of jewelry to local survivors during an annual event benefiting the organization. In addition to Jacqueline, Bruno is survived by two sons, David Jr. and Brandon. Both apprenticed as jewelers, though David has since become a barber. Brandon will be taking over the business, says the article. Bruno also is survived by two brothers and many other family members, as well as his beloved Boston terrier Razor.

Memorial donations may be made to the Hammonton Revitalization Corporation, 10 S. Egg Harbor Road, Hammonton NJ, 08037 or www.downtownhammonton.com.