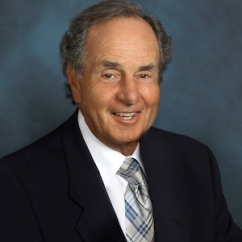 Cleveland, OH--Richard Schreibman, third-generation jeweler and former executive and owner of Alvin’s Jewelers and Alson Jewelers, passed away on Thursday, October 20.  He was 78 years old.

Schreibman was born on January 9, 1938, to Edith and Alvin Schreibman, second-generation jewelers. Schreibman’s grandfather had been a watchmaker in Poland, and his grandmother established a jewelry manufacturing company. Together, they traveled through Poland in a horse-drawn carriage, selling product. After immigrating to the United States in 1931, Alvin Schreibman established his own business in Cleveland, Ohio, where Edith also took an active role.

Richard Schreibman joined his parents in their family business in 1961, working alongside his brother, Larry, and his sister, Marcia. In the 1960s, 1970s, and 1980’s, the Schreibman family operated 50 leased jewelry departments in large discount chains in the Midwest. Additionally, they developed and grew into a 17-location regional chain of jewelry stores in the Ohio market under the name Alvin’s Jewelers. Eventually, they moved upscale, successfully building a higher end guild store under the name Alson Jewelers. Today, Alson is under the leadership of two of Richard’s sons, David and Chad, who represent the fourth generation of Schreibmans in the jewelry business.

Admired by his family and friends for his kindness, sincerity, generosity of spirit, his positive attitude, and the twinkle in his eye, Richard was unconditionally committed to his family first, says his son Chad.  He forever gave his support and guidance not only to his children, grandchildren, nieces and nephews, but also to his community, leading by example and setting the moral compass for generations to come.