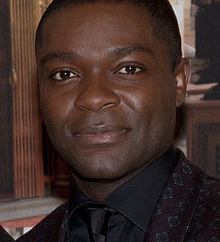 The International Vanguard Award reflects Oyelowo’s visionary work in the arts and in the education of vulnerable girls in Nigeria. Born in England to Nigerian parents of royal lineage, Oyelowo’s acting achievements celebrate leading historical personalities such as Martin Luther King Jr. in the film Selma and, most recently, Sir Seretse Khama in the film A United Kingdom, where Oyelowo’s performance highlights both Botswana’s role as a leading diamond-producing nation and how diamonds are used to benefit the country and its people.

His own passion for inspiring positive change and social justice is represented in his work with the GEANCO Foundation and the newly created David Oyelowo Leadership Scholarship for Girls, which provides opportunity for young Nigerian girls to become the next leaders in their community and their country.

Graça Machel has been a social and political activist for 40 years. She was first lady of Mozambique when married to Samora Machel from 1975 until his death in 1986; and later became First Lady of South Africa from 1988 to 1999, after her marriage to Nelson Mandela. Today, as the Founder of the Graça Machel Trust, her work focuses on women’s economic and financial empowerment, education, food security and nutrition, and promoting democracy and good governance.

Born in Mozambique, Machel was appointed Minister for Education and Culture when she was 29 years old. Upon her retirement from the ministry, she was appointed an expert of the UN Secretary General and was responsible for producing the groundbreaking report on the protection of children in armed conflict. A strong advocate for women’s and children’s rights, she was made a British dame for her humanitarian work. She has recently been appointed as a United Nations Sustainable Development Goals Advocate.

The Graça Machel Trust works to amplify the voices of Africa’s women and children.  It catalyses action, supports local initiatives, lends solidarity and offers support both publicly and behind the scenes with power brokers. The Trust recently launched two pan-African Initiatives: the Women Advancing Africa Forum and the Women in Media Network.

D.E.F.’s “Diamonds Do Good” Corporate Legacy of Philanthropy Award celebrates the actions a company takes to better the lives of the local community, while making a difference on the global stage. Kansas City, MO-based Helzberg Diamonds has epitomized this ideal since the Great Depression, when its ‘Helzberg Sweetheart Hour’ sponsored radio program provided uplifting entertainment to listeners each week.

Under the leadership of Beryl Raff, in 2012 the company established “Helzberg Helps,” made up of Helzberg Diamonds associates. It leads fundraising efforts and organizes volunteer activities for charitable entities that support the benefit of children and families in need, such as Make-A-Wish, Salvation Army, Children’s Mercy Hospital, and more. Since 2009, Helzberg’s largest charitable efforts have been in support of Make-A-Wish America, helping to grant the wishes of children throughout the country.

For more information and to purchase tickets/sponsorships for the Diamonds Do Good Awards gala, please visit diamondsdogoodawards.org.

For more information about the Diamond Empowerment Fund and its beneficiaries, click here.

Saluda County, SC—The Jewelers Security Alliance sent out a bulletin warning the industry to be on the lookout for additional suspects in a jeweler home invasion last week. Armed suspects broke into the husband-and-wife retail jewelers’ home in a golf course community at 12:30 a.m., yelling that they were law enforcement officers. They grabbed the homeowners, tied their hands behind their backs, and put them in separate rooms. The two black male suspects pictured below were arrested; police have stated that one or more suspects may still be at large.

The suspects questioned the homeowners until they gave over keys to the jewelry store and the code to the safe. The suspects ransacked the home, took items of value and the keys to the homeowners’ car, and then drove off in that car. It is reported that one of the suspects had been in the victims’ store three weeks before, and a suspicious vehicle had been spotted on another occasion but not reported. The suspects have been charged with burglary, kidnapping, use of a weapon during a violent crime, impersonating the police and grand larceny. Anyone with information regarding this crime, contact the Saluda County sheriff’s office at (864) 445-2112.

Separately, JSA on Wednesday released its crime report for 2016; for the first time since 2012, jewelry crime in the United States has increased year on year. Key highlights of the report include:

JSA president John Kennedy said, "While JSA is keeping a close eye on the relativelhy small uptick in crime, the longer term crime trends against the industry are still sharply down. Even a few very active gangs can cause small fluctuations in crime from year to year. However, the great job being done by the FBI, police and loss prevention personnel, and the tremendous cooperation and sharing of crime information by all, has the industry on the right path for resumed crime reduction."

Mumbai, India—Almost one-third of the stones in a parcel of diamond melee recently tested in GIA’s Mumbai lab turned out to be undisclosed synthetics. The parcel contained mainly one-pointers (0.014 to 0.015 carat each) and GIA confirmed that 101 of the 323-stone parcel were undisclosed synthetics created by the carbon-vapor deposition (CVD) method.

Since launching its melee screening service in late 2016, GIA has regularly found parcels with small quantities of synthetic stones slipped in, but this is the first batch with such a sizeable quantity of undisclosed synthetics it has encountered since the service debuted in December.

Keeping undisclosed synthetics out of the supply the pipeline is an ongoing cat-and-mouse game: more testing facilities and better detection machines vs. advancing technology and increased production of synthetic stones creating more risk of these stones slipping into the pipeline and eroding consumer trust.