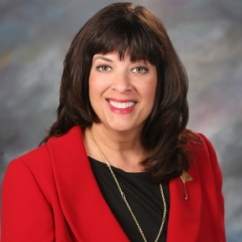 Omaha, NE—Karen Goracke (left), president and CEO of Borsheims, was elected to the Jewelers of America board of directors at JA’s semi-annual board meeting in July. She will serve through 2017.

Goracke began her career at Borsheims in 1988 and has held a variety of different roles in the company, giving her an extremely broad retail background and depth of knowledge of the worldwide jewelry industry. She was named president and CEO in 2013 by Warren Buffett, chairman of Berkshire Hathaway, Inc., which owns Borsheims.

Goracke also is active with the Jewelers Vigilance Committee, Jewelers for Children, and the Women’s Jewelry Association.

Jewelers of America (JA) is the national trade association for businesses serving the fine jewelry marketplace.

Carlsbad, CA—GIA (Gemological Institute of America) has appointed Anna Martin as senior vice president of global development. She will be responsible for broadening and deepening GIA’s relationships with clients and stakeholders and overseeing the Institute’s global beneficiation efforts. 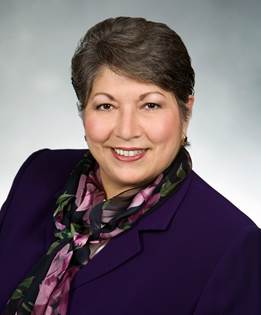 Martin has been a well-known banker in the industry for more than four decades. Immediately prior to joining GIA, she was managing director and head of global marketing, diamonds and jewelry, at Standard Chartered Bank in London, UK. Prior to that, she held a long tenure at ABN AMRO bank, significantly expanding the availability and delivery of financial products and services to the global diamond and jewelry trade.

Martin’s work has been recognized with numerous industry awards and she has served on the boards of many industry organizations, including serving on the GIA Board of Governors from 1997 to 2011.

“Anna Martin brings invaluable and unique expertise and experience that will help us continue to focus on ensuring consumer trust in gems and jewelry,” said Susan Jacques, GIA president and CEO. “Anna will help build our capabilities as a global organization as we work to deepen our research program, expand laboratory capacity and bring gemological education to more people around the world.”

She will begin her new position at GIA, based in New York, on Sept. 2 and will report to Jacques.

GIA also appointed Rohit Tandon as chief human resources officer. He joins GIA from the nonprofit AIDS Healthcare Foundation where, as a member of senior management, he oversaw programs in 34 countries with an annual budget of $1 billion to treat more than 300,000 patients. He has extensive experience in global human resources, spanning 25 years in the manufacturing, insurance, logistics and software industries. Tandon will report to GIA’s Corporate Counsel Jennifer Wilson and will be based at the Institute’s Carlsbad, Calif. headquarters, beginning Aug. 18.

New York, NY--Tanzanite Foundation, the agency founded in 2003 to promote awareness and sales of the velvety blue gemstone and ensure standardized and ethical business practices among tanzanite miners, will cease operations at the end of August.

In an article in JCK, Tanzanite Foundation executive director Hayley Henning cited poor sales and continued supply problems with the gemstone. She said the foundation was the first marketing agency dedicated to a specific colored gemstone, and also that it had made tremendous contributions in social responsibility and giving back to the communities surrounding the tanzanite mines in Africa.

Warwick, RI—JBT's mobile app functionality continues to expand to meet user's needs. The app, which originally debuted in November of 2012, is available on for iPhone, iPad, and Android platforms for members of JBT. Users can download the entire Red Book (or selected portions). The app’s “notes” feature now has added an email component, enabling users to send their notes to their main computers, their bosses, counterparts, or anyone with email capability. The new feature adds dimension to the handy Mobile App, which is becoming widely used.

The JBT Sectional Red Book mobile app search engine calls up company names, addresses, and credit ratings for specified geographic territories searchable by name, zip code, city and proximity, and business type.   Members can instantly view a company’s location on a map, phone via an instant “Dial Now” feature, and add customized notes for each company (which can now be emailed).

"I use my app all the time," said Brian Fleming, of Carla Corp. "I love it. Whether I'm on the road doing homework before a call or want to stop by another client after, the GPS proximity locator works well. I've used it since February of this year and absolutely have gotten my money's worth. It's up to date with credit ratings. Besides on the road, I used it at a show this past weekend. Boom! I can easily get an instant result by zip code.”

Dione Kenyon, JBT President, “We're committed to offering products and upgrades that best meet our members needs and the needs of the industry. We're pleased that the Mobile App continues to offer the industry a vital tool for sales."

Under the law, this permanent ban on the sales of these products has only a few small exceptions.  The legislation authorizes New York’s Department of Environmental Conservation to issue permits for the sale of the following items made from these products:

The law takes effect immediately.  Existing license and permit holders may sell ivory and rhino horn as defined on their licenses and permits until the current licenses or permits expire.  The New York State Department of Environmental Conservation is directed to provide additional information on following this new ban within 30 days.

If you have any additional questions, please contact Sara E. Yood, Assistant General Counsel of the Jewelers’ Vigilance Committee, at sara@jvclegal.org or 212-997-2002.

Awareness, Demand For Zultanite On Increase

Bangkok, Thailand—Zultgems, the authorized distributor of Zultanite, announces demand for the natural color-change gemstone is up within the last 12 months. Zultanite is found at only one mine in Turkey’s Anatolian mountains and is mined with environmentally safe techniques, says the company.

Market awareness has increased following ongoing celebrity and media placements and the gem’s appearance on two episodes of the internationally airing Game of Stones series on Discovery Channel.

To augment its rough reserves, Zultgems will recommence full-scale mining in the third quarter of 2014. The mine is currently undergoing scheduled reclamation and anticipated monthly production is estimated at 20 kilos per month by the end of 2014. Mining will continue throughout 2015, and the estimated deposit life of this sole source is 10-15 years. Zultgems plans to launch Zultanite on several new TV home shopping networks in 2014 and 2015, and has collaborated with designer Kat Florence, whose Zultanite jewelry has been placed on the red carpet since March 2014. 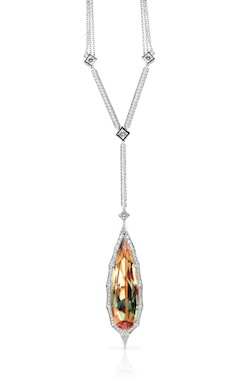 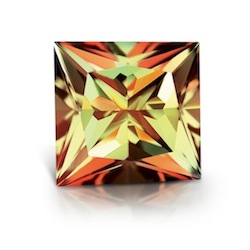 For more information on the gemstone, log onto www.Zultanite.com or www.Zultgems.com.