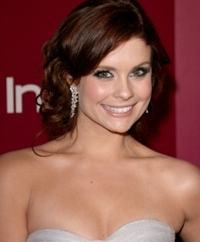 Damiani jewelry, as previously reported, played a role not just at the awards but in one of the movies nominated for an award. Tilda Swinton wore Damiani jewels throughout Luca Guadagnino’s I am Love, nominated in the “Best Foreign Film”category.

Meanwhile, at the Golden Globe Awards event, actress Brenda Vaccaro wore pieces from Damiani’s Flutti collection. She is known for her legendary performances in Once is Not Enough and Midnight Cowboy, and co-starred with Al Pacino and Susan Sarandon in You don’t Know Jack, nominated in the “Best Motion Picture Made for Television”category for this year’s Golden Globes. 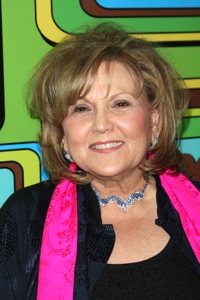 Joanna Garcia, star of Better with You, one of the most popular comedy series in the United States, is pictured at the top of this article. She wore Damiani’s Mimosa earrings and Vulcania ring, and Jeryl Prescott, star of The Walking Dead, nominated in the “Best Television Series – Drama” category, wore diamond and emerald Sorgente earrings and the Damianissima bracelet. 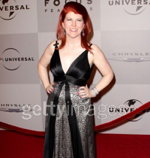 Even those who covered the awards for media were decked out for the occasion. In this video clip, celebrity stylist and fashion expert Michael O’Connor drapes Los Angeles’s NBC4 reporter Jennifer Bjorklund in a necklace by LA-based Uneek.