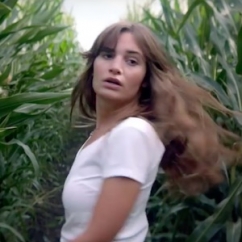 New York, NY—Four months after promising to bring back generic diamond marketing from a 10+-year hiatus, the Diamond Producers Association has stepped up to the plate and delivered on its promise to engage Millennials with a series of provocative new videos that turn the norm for diamond advertising on its head.

There are more than 80 million Millennials in the United States, which makes them a cornerstone of future diamond consumption. But with more than a decade having passed since the last generic diamond category marketing campaign, this generational cohort did not grow up hearing “A Diamond Is Forever” or believing a diamond has to be an imperative in their lives.

Earlier this year DPA commissioned a significant study of Millennial attitudes, behaviors, and motivations around diamonds, love, and commitment. “Millennials overall are a generation with a lot of contradictions that have shaped their point of view,” says Deborah Marquardt, the new chief marketing officer for the DPA. “Technology is changing so quickly, but they have big yearning for nostalgia.  Think about how often you change out your smartphone, but you have the slow food movement.

As much as they’re online and window shopping with their screens 24/7, there’s a new form of luxury where less is more and people want fewer things but better, she explains. “They’ll spend $6 on one exceptional cup of cold-brewed coffee because it is better, instead of buying five cups of coffee from a local store.”

The research revealed that while Millennials don’t always follow traditional paths or the relationship rituals of earlier generations, they do value authentic and personally meaningful expressions of love. Two primary insights from the research are at the core of the DPA’s marketing platform and gave rise to its tagline “Real is Rare. Real is a Diamond.” One, real relationships actually become more important and valued in an increasingly digital, “swipe right” world; and two, Millennials resist the notion that their relationships must adhere to specific societal norms and rituals.

The “Real is Rare” campaign aims to connect with Millennials by acknowledging their desire to demonstrate commitments in a more personal and significant manner than previous generations, which typically demonstrated their emotional commitments according to conventional custom; i.e. a diamond engagement ring, anniversary ring, and so forth. The new campaign, unveiled October 5 to the trade, invites consumers to take a fresh look at diamonds as a symbol of emotional commitment guided by personal choice, not convention. In other words, focus on the relationship—whatever it is—and not on selling a diamond engagement ring.

It’s the right message at the right time to engage the “swipe right” generation with diamonds, where marriage is not an imperative for either partnership or parenthood.

“What is better than a rare and precious billion-year old diamond to represent the uniqueness and sincerity of a genuine relationship?  ’Real is Rare. Real is a Diamond,’ beautifully captures what makes diamonds meaningful in today’s world and why they will always be timeless,” said DPA CEO Jean-Marc Lieberherr.

The “Real is Rare” creative spots, developed in collaboration with creative agency Mother New York, are fueled by raw emotion. They present a radical departure from the idealized imagery traditionally associated with diamond advertising. The videos instead speak to the imperfect beauty of a real relationship. Each couple, in their own way, discovers and reflects on what makes their relationship real—including doubts or fights that almost ended it. While a hero of the film, diamonds are part of the whole, without any call to action or imperative to purchase. 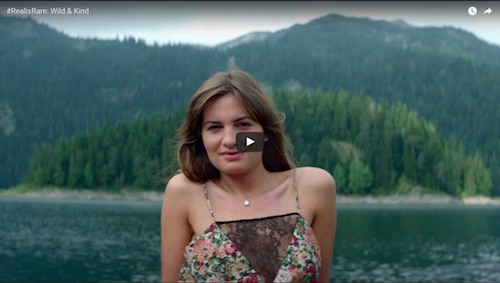 The two spots about to launch to include "Wild & Kind," above, and "Runaways," below. Click on each image to view the spots, created by the Diamond Producers Association and Mother New York. 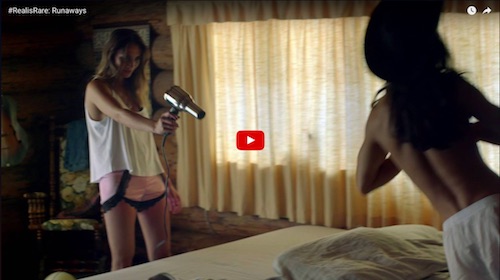 The pieces in the videos are generic designs that can be found anywhere, says Lieberherr. The shown in the videos are fairly substantive—both as a means of building desire and simply to ensure they’re clearly visible on camera—but translating their value into retail dollars, they are the kind of pieces that luxury jewelers would offer. Still, the message is designed to be inclusive and the styles are classic enough to be able to fit any level of the market.

“We really need to look away from the fairy tale representation of relationships and talk more about what it is to be in a modern relationship,” says Marquardt. The two videos released this week—in 60, 30, and 15-second versions—are the beginning of a new visual vocabulary and vernacular for diamonds for this generation, she said.

“You have to be interruptive to get people’s attention. The ad creative will focus on love and commitment, but today it doesn’t look one way. There are different types of relationships, and they’re all real; they just don’t necessarily look like our parents’.  They can, but they don’t have to. There are moments in a relationship that are appropriate for a diamond, ahead of or in lieu of engagement,” she told The Centurion.

The “Real is Rare” integrated marketing and communications approach includes a robust digital campaign across video, radio, native and social platforms, and cable television. Broadcast buys will include Bravo, E! and Freeform (formerly ABC Family), and target programming that is love-focused, says Marquart. Digital platforms include popular sites like Hulu and Pandora streaming services, fashion/lifestyle site Refinery 29, among others. Glamour and Vogue magazines will be part of the mix as well.

“Millennials are bombarded with more marketing than any other generation. They have a hair-trigger and if something isn’t resonating, they want to avoid it,” she says. The campaign is intended to target them on platforms where they’re already spending time, Marquardt said.

The initial $6 million budget DPA had announced earlier this year almost immediately doubled to $12 million, and will increase “significantly” next year, according to Lieberherr’s remarks at the launch event October 5.

A short docu-film, set to launch in November, will go behind the scenes and interview real couples about their relationships. A celebrity interviewer is close to being confirmed, said Lieberherr.  The storytelling approach will showcase the diversity of modern day relationships and the many ways love and commitment are expressed and celebrated with a diamond. The entire campaign—present and future—will of course be supported with PR efforts, said Lieberherr and Marquardt.

The DPA also is counting on industry support—critical to getting the message across the counter. A support group of manufacturers and retailers is planned, the first such to directly link miners with the sales level. Click here to access the DPA trade portal site.

At least one major retailer, Helzberg CEO Beryl Raff, urged the industry to get behind the effort, fearing the biggest stumbling block might be the conservative industry’s resistance to such a different kind of message.

“The tailwind from ‘A Diamond Is Forever’ is long gone. Nobody is out there telling this younger generation that they need a diamond; that they want a diamond; and what a diamond means. This industry needs this.”

For more information on the campaign and to view the creative spots, visit www.RealisaDiamond.com.

Next article:
Power Dressing: Beyond Celebrity, Jewelry That Makes A Statement