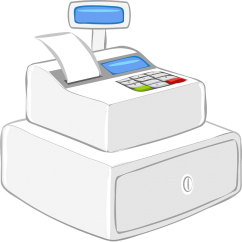 “The increase in August retail sales reflects the continued strength of the American consumer and the resilience of our nation’s retailers,” said Matthew Shay, president and CEO of the National Retail Federation. “In spite of the ongoing challenges of the global pandemic, concerns about the delta variant, and supply chain and workforce constraints, the retail industry continues to do what it does best – serve customers and support communities while keeping team members and associates safe and healthy. We maintain our confidence in the historic strength of consumers and fully expect a record year for retail sales and a strong holiday season for retailers.”

“Retail sales in August overcame unusual twists and turns that have affected shopping behavior both in terms of the timing and composition of sales,” NRF chief economist Jack Kleinhenz added. “The consumer remains rock solid despite the trifecta of macroeconomic headwinds we’ve seen this year, including tapering off of government stimulus, elevated COVID-19 infections, and ongoing supply chain challenges in the form of shortages of labor and goods.”

Higher sales came even with a disjointed back-to-school season, said Kleinhenz. Many school districts returned to in-person learning but some delayed classes until after Labor Day, which impacts the timing of back-to-school sales. But those results bode well for sturdy consumer spending and a strong economy in the fourth quarter, he said.

The U.S. Census Bureau  said overall retail sales in August were up 0.7% seasonally adjusted from July, and up 15.1% year-over-year. The August figures reverse a slight decline noted in July vs. June sales. Despite those occasional month-over-month declines, Census data shows sales have grown year-over-year every month since June 2020.

For the first eight months of the year, sales as calculated by NRF were up 15% over the same period in 2020. That is consistent with NRF’s revised forecast that 2021 retail sales should grow between 10.5% and 13.5% over 2020. August monthly sales were up over July in all but two categories—sporting goods and electronics—but all categories were up significantly year-on-year, with clothing and accessories stores gaining the most (+36.6%) over last year.