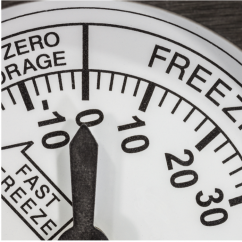 An innovative low-temperature platinum catalyst developed in Japan has the potential to deliver a range of environmental benefits.

Platinum is an excellent catalyst – improving chemical reactions and increasing yields, for example in the production of nitric acid, which is needed to make fertilizer. Elsewhere, platinum catalysts are used in the petrochemical industry and to make silicone products. They are also used in vehicles to reduce harmful emissions.

Although catalysts are used to promote chemical reactions, many catalysts do not work unless they are in a high temperature environment. However, in a world first, a business in Japan, Furuya Metal (Furuya), has developed a platinum catalyst that works at low temperatures. Furuya’s ‘FT-eco catalyst’ is effective within a temperature range of zero to 30 degrees and is even known to operate at subzero temperatures.

The breakthrough, low-temperature platinum FT-eco catalyst is so-called due to the potential it offers for applications with an environmental benefit. For example, it can remove ethylene, which accelerates the decay of fruit and vegetables, from the atmosphere.

What is more, the low-temperature platinum catalyst is highly effective when simply placed within a target space and could prove vital in reducing food waste. One possible end-use is during refrigeration – both commercial and domestic – to prevent fresh produce spoiling across the food supply chain. According to the Food and Agriculture Organization of the United Nations, an estimated 1.3 billion tons of food, or one third of all food produced for human consumption, is wasted globally each year, at an annual cost of $2.6 trillion.

A further use for Furuya’s catalyst is in the area of public hygiene, as it can eliminate compounds that cause allergies and offensive odors. It also has anti-bacterial properties.

In time, it is envisaged that FT-eco catalysts will be used in a wide range of ways, from home appliances such as air conditioners, air purifiers and refrigerators to industrial uses, for example in shipping containers serving the food services sector.

Previous article:
CNBC: How a 20-Year-Old College Student Launched A Jewelry Company Whose Rings Are Worn by Michelle Obama