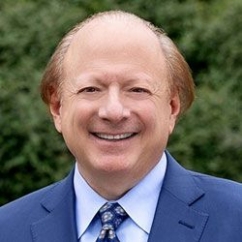 Wilmington, NC—Reeds Jewelers, the 75-year-old jewelry chain founded by Bill Zimmer and his wife, Roberta, was recently the focus of a feature article in the Wilmington Business Journal.

The third-generation family-owned business grew from a single store in downtown Wilmington to 61 stores in 13 states and a robust e-commerce business. Alan Zimmer, president and CEO (image) says it’s simply the result of doing what his father always preached: treating both employees and customers the way you want to be treated.

As a result, many of the company’s 750 employees have been with the jeweler for a long time, including some with tenures of 35 and 40 years, says the article.

Bill Zimmer grew up in the retail jewelry business in Niagara Falls, NY. He met and married Roberta while stationed at Fort McLellan in Alabama during WWII. After the war, they found a store for sale in Wilmington and the rest, as they say, is history.

All four of their children grew up working in the business, says the article, and Alan Zimmer stayed with it, officially joining Reeds as head of merchandising in 1981 and rising to leadership four years later. Three of the next generation of Zimmers are already working in executive roles: Genna Zimmer is director of strategy, her sister Brittney is a buyer, and their cousin Mark Schreiber is vice president of store operations and improvement.

Technology built a big part of Reeds’ business. Like most jewelry stores, 2020 looked bleak at the start of the pandemic, but quickly turned around. Zimmer says it’s because Reeds was an early leader in e-commerce, something it’s been doing for 20 years. Reeds also became the first fine jeweler to accept bitcoin for payment, in 2014, says the article.

In addition to replicating as much of the in-store experience as possible online, shopper location data shows the jeweler where to expand its physical presence. For example, a concentration of online shoppers around Orlando, FL, led to plans for a new store slated to open in November.

Next article:
Woman Charged With Jeweler Murphy’s Murder To Be Featured In Netflix Reality Show