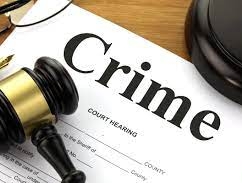 Jackson, TN--A smash-and-grab robbery took place at a jewelry store inside Old Hickory Mall on May 28 around 6 p.m.

According to the City of Jackson Police Department, a group of robbers — around five to six males — entered Kay Jewelers. They were dressed in dark clothes and wore masks. Once inside, the group started smashing display cases with hammers and taking the time.

The report added that around $200,000 worth of merchandise was stolen in the robbery.

Per the police, the suspects fled the scene in an off-white Cadillac Escalade and a burgundy sedan.

Read the original post by the Jackson Police Department.