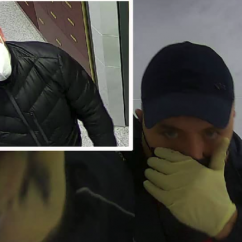 Berlin, Germany--Online pre-owned watch retailer, Watchmaster, filed for Bankruptcy after 1,000 timepieces valued at more than €10 million ($10.5 million) were stolen from a secure facility in Berlin.

The bankruptcy request was filed in a Berlin court on Tuesday, according to media reports. The filing came following a November 19 heist that apparently had a devastating impact on the company, founded in 2015 by Stephan Heller and Ronny Ahlswede.

According to media reports, two men pretending to be employees of a security company gained access to a vault rented by Watchmaster in Berlin's Charlottenburg district. Many of the watches are believed to be owned by Watchmaster customers to be sold on its online platform. The thieves reportedly sprayed-painted surveillance cameras and also tried to set fire to the vault to cover their tracks.

Watchmaster reportedly had secured investments of more than 50 million and has locations in Berlin, Paris and London. According to media reports, the company employed 60 to 75 persons. Read more here, here, here and here.