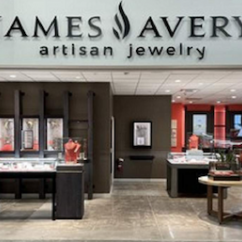 San Antonio, TX—Want some jewelry with your milk and eggs? In some Texas towns, you’ll soon be able to get both in one trip, as jeweler James Avery is planning to open outposts inside a few H-E-B grocery stores.

James Avery Artisan Jewelry is a vertically integrated, family-owned jewelry retailer headquartered in Kerrville, TX. It was founded in 1954 by James Avery, a former WWII pilot and teacher, in a two-car garage with about $250 in capital. Today the company is a multi-channel retailer with over 100 James Avery stores in four states and a robust e-commerce business at JamesAvery.com. It also sells its jewelry at Dillards department store, in airport stores in Austin and Houston, TX, and at the Army and Air Force Exchange locations at Fort Hood and Fort Belvoir.

H-E-B, meanwhile, is a regional grocery chain of 400 stores, also based in Kerrville, TX. It enjoys a cult-favorite reputation, having been voted by customers as America’s best grocery store—even besting Trader Joe’s and knocking the specialty grocer down to the number-two slot.

The first embedded James Avery store opened in the H-E-B in League City, TX, southeast of Houston, on September 15. The store occupies 1650 square feet of space and in addition to selling jewelry also offers services including charm soldering and jewelry cleaning.

KSAT-TV reports the jeweler plans to open two other stores inside H-E-Bs, including one in Portland, near Corpus Christi, at the end of September, and one in San Antonio in October. “We’re excited to work with another iconic Texas brand,” said John McCullough, CEO of James Avery Artisan Jewelry, in the KSAT report. “H-E-B shares many of the same values and commitments as us, and we’re excited to be offering our designs at locations where our customers already shop!”