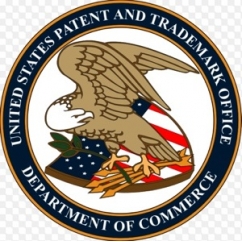 New York, NY—As of March 16, Congress has likely terminated the one-year grace period that allowed an inventor to try to determine the value of an invention before filing a patent application for it.

The old law explicitly allowed any type of exploitation for one year prior to filing, but the new law only allows “disclosure." It will take the various courts several years before there is an agreed definition of “disclosure" as compared with the more explicit prior language of allowing any type of publication or disclosure of an invention.

Patents and copyrights are not the same - this warning only applies to patents. Only some in the jewelry industry do make inventions and file patent applications, and this notice is directed to such parties.

Attorney Peter Berger, of Levisohn Berger LLP, has been actively involved in the jewelry industry for almost 40 years, specializing in intellectual property (copyright, trademark, and patent law) as well as other legal issues. He has developed a special appreciation for how members of the industry integrate legal issues in their business activities. The New York-based firm may be reached at (212) 486-7272.

Next article:
Metals Update: Demand For Both Gold and Platinum Jewelry Leaps 12%