Akron, OH--Jewelry retail brand Zales is launching a new campaign to support and empower women who want to propose to their partner and are encouraging women to flip the script.

According to a recent Marriage Proposal survey conducted by Chillisauce, 76% of men think it's okay for women to propose, whereas 57% of women would be willing to propose. This supports a Match.com Singles in America survey which found that 95% of men would be up for women making the first move when it comes to dating.

To celebrate equality, love, and empowerment, Zales is saying "I Do" to female proposals by kicking off the #SheProposed campaign on National Proposal Day. As part of this effort, Zales will be flipping the script by flipping their logo upside-down throughout their digital advertisements, website, and social pages, to visually promote shaking up traditional engagement norms. They are also encouraging consumers to post messages of love and support with the hashtag #SheProposed to help highlight the swell of support. 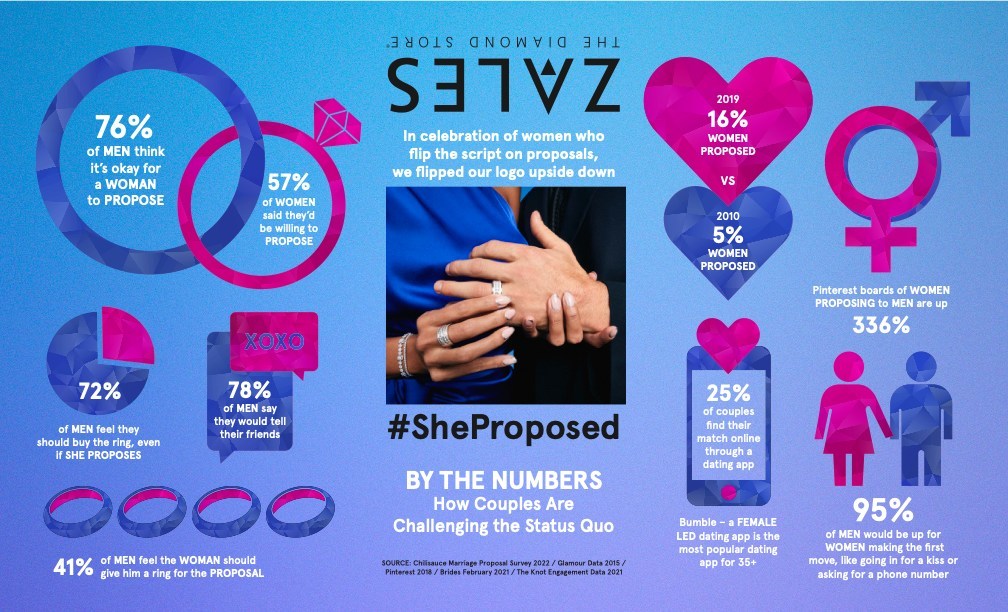 "At Zales, we're seeing the trend of couples shopping together for their engagement rings evolve into women taking the lead and proposing to their partner," said Jamie Singleton, Signet CMO, and president of Zales, Kay and Peoples, in a statement. "It is a natural evolution and Zales is here to support and empower her."

Read more in the release.