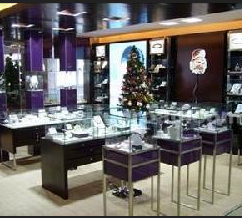 Scottsdale, AZ—“Retailers Sharing: Lines That Work” was the title of one of the early morning sessions at the Centurion Scottsdale show last week in Arizona, one of the Centurion Show’s new limited-edition retailer workshops. The workshops are limited in attendance, and geared so that competing jewelers don’t attend the same session at the same time.

Moderated by Gail Friedman of Sarah Leonard Fine Jewelers in the Westwood neighborhood of Los Angeles, CA, the session focused on sharing ideas for finding merchandise lines that work, and hit on some popular topics like vendor sales spiffs, reps that make promises then leave, and, of course, stock balancing. (Editor's note: The topic was so popular during sign-up that a second group was added to run concurrently. The second group was moderated by Dan Kulchinsky of Mayfair Jewelers, with two stores on Long Island, NY.)

The theme that emerged over and over was the importance of keeping the vendor-retailer relationship mutually beneficial. Friedman opened the discussion by reading a letter she received from one of her watchband suppliers. The supplier emphasized how valued its customers are, and vowed to both stick by them and never compete with them [by selling direct].

Bobby Wizig of Robert’s Fine Jewelry in Houston, TX, pointed out that until the recession hit, luxury jewelry was largely a vendors’ world, especially in branded lines. But in recent years, it’s swung back to the buyers being in the driver’s seat.

Chip Davis of Skaneateles Jewelry with two stores near Syracuse, NY, observed that sometimes a retailer needs special dispensation for issues like stock balancing and co-op advertising, and those discussions can become contentious, but the vendors he sticks with are the ones who can help find a mutually beneficial solution.

One issue that sparked some heated debate was vendor contests and spiffs. Becky Whelan of Cecil’s Fine Jewelry in Little Rock, AR, told of a bridal vendor’s contest wherein any sales associate who sold seven rings in a month got $500 and any who sold 15 got $1,000.

“My female staff loves those contests! If they know they’re going to get money or a free piece of jewelry, it really lights a fire under them,” she said. But other retailers were less enthusiastic, suggesting that vendor spiffs encourage associates to push customers toward those lines even if it’s not the right choice for that customer, potentially damaging the long-term relationship. 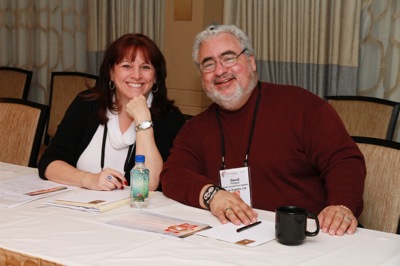 “Get the vendor to put the agreement in writing,” suggested Olivia Cornell of Cornell’s Jewelers in Rochester, NY. “Whether it’s stock balancing or co-op advertising, get it in writing.” Sometimes, she says, a rep will make promises to get the sale, but if the rep leaves or drops the line, the company doesn’t always want to honor those promises, saying, “we didn’t authorize him or her to say that.”

Wizig chimed in, emphasizing the importance of getting an owner-to-owner agreement. “Make sure you both sign the letter stating that you’re going to buy X amount of merchandise, and if it doesn’t work in 18 months, both sides have a way out.”

Added Davis, “That’s why Centurion is so good. There are so many owners here.”

Stock balancing, of course, was another key topic of the morning. Aside from getting any agreements down in writing, the strongest advice offered by roundtable participants was to do swaps sooner rather than later, while the stock is still new in the vendor’s line. Reorder as soon as something sells so that you have a chance to turn the style several times, and if something hasn’t moved within a few months of putting it in the showcase, see about swapping it out then rather than waiting a year or more.

“Vendors don’t want stale merchandise any more than you do,” said David Friedman of Sarah Leonard. If it’s still current in their line, the vendor has a better chance of selling it elsewhere—and may be more amenable to swapping it back without asking for a three-for-one swap. “Just because it didn’t work in your store doesn’t mean it isn’t going to work in someone else’s,” he said. But if you wait two years, it may not work in anyone’s store, he cautioned. 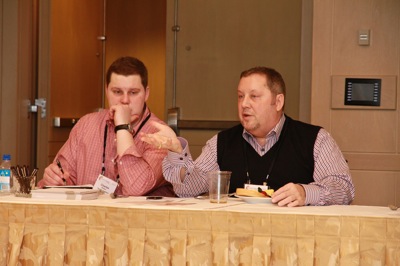 William Nusser from Hand's Jewelers in Iowa makes a point during the sharing session. His son Charles is to the left.

Finally, retailers in the session were somewhat divided on the value of trunk shows. Most agreed they are valuable, but it all depends on the rep that comes. A rep that can romance the pieces and has a good touch with consumers is better than a designer who’s awkward at the counter, said Gail Friedman. She said a trunk show won’t be successful without a lot of effort on the jeweler’s part: calling, doing mailers and e-blasts, and so forth. She also emphasized the need to target the most likely customer for each trunk show, don’t just blast all your customers for all your shows. Target only those who are either already interested in or collectors of a particular designer, or whose purchasing patterns suggest they’d like that line.

In a separate exclusive interview after the session, Friedman shared a few more of her tips for a healthy vendor/retailer relationship.

“I want them to treat me like I treat my customers. I bend over backwards for my customers, and I expect vendors to do the same.”

When it comes to making customers happy, she said, the proverbial buck stops with the jeweler. “Our hands are tied with any manufacturer. I don’t want to know why a piece isn’t going to be ready when it’s promised. I just want the vendor to take care of the problem so I can make the customer happy, and when they do, I appreciate it.” She cited one instance where a vendor wasn’t able to deliver a piece when promised, but he himself sent a bottle of very fine (and costly) wine to the customer directly, with his apologies. The customer has since bought more of that line.

She echoed her husband’s thoughts on stock balancing. Three-to-one is not a balance, she said. “It costs too much to return it!” But she agrees that retailers should be considerate of the vendor and act quickly on slow movers so they get it back while it’s still current in the line. But on the flip side, she said it’s also a vendor’s responsibility to be considerate of the retailer and issue credits quickly.

“We pay early for a discount, but sometimes I’ve had to wait months for a vendor to credit my co-op,” she said.

Previous article:
WHAT TO DO WHEN A WHOLESALER MOVES INTO YOUR MARKET

Next article:
CELEBRITY NEWS: GRAMMY JEWELRY FROM NAMES YOU KNOW