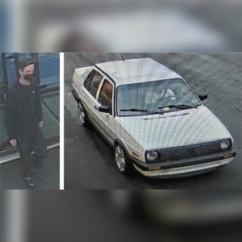 Tacoma, WA--Two suspects of an organized retail theft amounting to more than $70,000 are the target of Tacoma police, who need help identifying them.

According to a news report, the incident took place in early December at JCPenney stores in Tacoma and Tukwila.

Per the police — as noted in the report — one suspect stole jewelry from the displays and ran to a getaway car driven by another suspect. The car was an early 90s Volkswagen MK2 Jetta, reportedly of white or cream color.

Anyone with information on the incident is urged to contact the Tacoma Police Department. They can also leave an anonymous tip to CrimeStoppers at 1-800-222-TIPS.

Tipsters could be awarded up to $1,000 for information leading to an arrest and filing of charges.

Link to the news report.