London, UK—Gold prices remained relatively stable throughout 2017, rising from a low of $1,150 the ounce in January to $1,350 the ounce in September before falling back to about $1,260 at the end of December. A report issued April 4 by global precious metals consultancy Metals Focus forecasts about a 7% rise in gold prices over the course of 2018.

But beyond that point, gold could rocket up by year’s end. Factors impacting it include slower than expected growth in the United States, resumed decline of the U.S. dollar, and eventual corrections in equity prices in the United States and elsewhere. Additional factors include the U.S. tax cuts not impacting the economy as much as markets have priced in, plus concerns about geopolitical and macroeconomic risks that often send investors to safe havens even if they don’t materialize. Chief among these concerns are rising trade protectionism, if not all-out trade wars, elevated debt levels around the globe, geopolitical shifts in Europe, possible U.S. withdrawal from the Iran nuclear deal and, finally, uncertainty in Korea.

In the short term, the stock market fell and gold ran up Monday following Donald Trump’s proposed tariffs. Gold had retreated somewhat and equity markets bounced back by Tuesday, but by Wednesday morning the tit-for-tat between the U.S. and China had equity markets spooked again. After a 400-point rally on Tuesday, the Dow was down 600 on Wednesday. 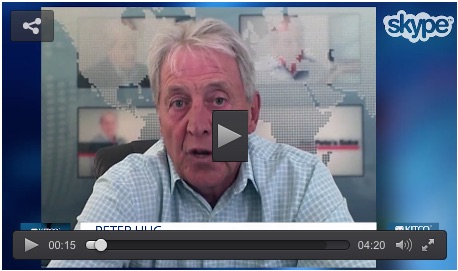 Global gold supply was essentially flat in 2017. Mine production increased only 0.5% and recycling dropped by 10%.

Gold jewelry fabrication grew 7% in 2017, driven mostly by India and China, but the United States also experienced a 4% growth in jewelry demand thanks to relatively stable prices, a solid economy, and a continued fashion interest in yellow gold items.

The Metals Focus report remains bullish on gold in the medium term, anticipating a breakthrough at $1,450 by year’s end.