Beaumont, TX—Finding and keeping the right people is central to success, but often one of the hardest parts of being a jewelry store owner or manager. Many seminars and books are devoted to the subject, but what do jewelers actually do when they need to find someone who can lead the team? The Centurion asked Brian Alter, Alter's Gem Jewelers, about the strategies he used for finding two key hires. Alter shared his thinking and actions that brought new, qualified employees into the store.

Alter had openings for two positions, a director of sales, a management level position, and a jeweler. The last sales director had not worked out, and Alter spent the next two years figuring out the best structure for his store moving forward by trying new things.

Related: How To Find, Identify, And Hire The Right Retail Sales Talent To Grow Your Revenue

“We rotated leadership,” said Alter. “We experimented with management by committee. I wanted to see if we had on staff the right person or the person that can grow into the job. What we all learned from this grand experiment is that we have a lot of great players, but we did not have a good coach.”

Alter learned a lot from the two-year experiment. “I did not need a traditional jewelry store ‘manager.’ We have great people. I needed a talented leader to take my staff to the next level, someone with what we described as having a servant’s heart,” said Alter. 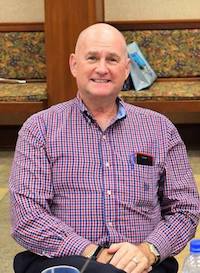 Alter realized he had been limiting his thinking regarding where to look for both open positions. “We realized that we had been limiting ourselves by only looking to fill the positions from within the industry,” said Alter. “We created some very uniquely described job descriptions and requirements, and for the first time posted on sites like Indeed and LinkedIn. The response was awesome and we filled our needs with some awesome talent.”

For the director of sales, his candidate’s resume came through Indeed, a popular job search website. “The candidate was already living and working in my market. He was my fourth interview, my third that day. I knew in the first ten minutes he would be the right fit. He is a leader of people, and he will learn the jewelry industry,” reported Alter. After the two-year experiment, the actual hiring process only took a month.

The jeweler position, however, took longer. Apart from the necessary skills being industry-specific, both Alter’s first and second serious candidates had family emergencies or issues that prevented them from moving forward, he said.

Alter’s time was well spent to figure out exactly what qualities the right candidates would need to have and his unconventional searched led to quick hires. Tapping into a larger pool of employees through Indeed.com and LinkedIn allowed Alter to fill his spots in a more timely manner.

Is there some out-of-the-box thinking that might work well for your store’s open spots?