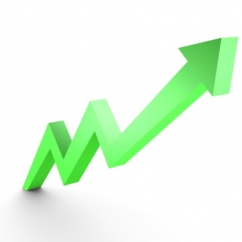 Boston, MA—Bain & Co. expects total US retail sales to grow by 3.5% to 3.9% this holiday season, defined as in-store and e-commerce sales during the months of November and December, excluding automobiles, auto parts, gasoline, and restaurants.

According to a brief released last week, the midpoint of Bain’s predicted range meets last year’s growth of 3.7% and the high end is in line with the historical five-year average of 3.9% growth. While many consumers have more money to spend this year—due to lower unemployment, low gas prices, and higher income—rising costs for health care and housing are dragging on momentum.

While lower-income households are expected to spend markedly more this year—the first time since 2008—it’s still the affluent consumer that drives spending. This consumer will keep a close eye on the stock market, which impacts two-thirds of their assets.

Bain says 80% of holiday purchases still will be in brick-and-mortar stores, but online spending is again poised for rocketing growth.

“More than half of this year’s sales growth will come from e-commerce. Bain forecasts in-store retail sales growth slightly above 2% this year, below the five-year historical average of 2.9%. But we expect e-commerce sales to grow approximately 15% this year, slightly above the five-year historical average of 14.7%. About 65% of e-commerce purchases are made on computers, 25% on tablets and 10% on mobile phones. Purchases on mobile phones and tablets could see as much as 25% growth this holiday season, highlighting the importance of effective mobile applications and mobile-friendly sites. We also expect more consumers to take advantage of opportunities to buy online and pick up in stores,” says the report.

Will calendar help or hurt? This year, Election Day is as late as it can be, while Thanksgiving is early and Christmas falls on a Sunday. Bain believes that while the overall totals won’t be impacted by the date patterns, timing of purchases may be. Consumers tend to hold back until after the election, but the extra time between Thanksgiving and Christmas, plus the Saturday timing of Christmas Eve, is likely to help bolster sales.

Next article:
Running an Omnichannel Store