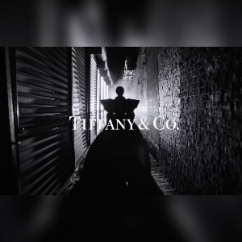 New York, NY--Beyoncé knows how to dazzle in diamonds. The singer is a part of new Tiffany & Co.'s "Lose Yourself in Love" campaign, which features the "Summer Renaissance" from her new album Renaissance.

The film itself glimmers in brilliance. Shot by Grammy winner Mark Romanek, the clip shows the 41-year-old covered in a custom creation by the jeweler, dancing to the tune, and the clip goes back and forth between various shots.

The campaign resembles a music video, with one of the segments showing Beyoncé wearing an engagement ring in platinum, featuring a round diamond of more than 10 carats, among other pieces by Tiffany & Co.'s designer Jean Schlumberger.

The campaign is an effort by the brand to reach out to underrepresented communities. According to a company press release, the jeweler has pledged $2 million in scholarship funding for students in the arts and creative fields through 2024.

Check out the campaign video below:

Next article:
Steven Kaiser to Receive the 2023 GEM Award for Lifetime Achievement Posthumously