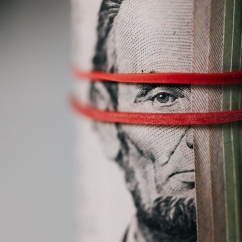 Birmingham, MI--A U.S. District Court sentenced a jeweler to 151 months in federal prison after he pleaded guilty to participating in a $12 million wire fraud scheme.

[Photo by Karolina Grabowska via Pexels]

A report in the Detroit Free Press stated that Joseph DuMouchelle, 61, of Birmingham, was the owner of "Joseph DuMouchelle Fine and Estate Jewelry Buyers, Sellers, Appraisers, and Auctioneers.”

The report added that DuMouchelle began scheming in late 2018 when he tried to sell a diamond called "Yellow Rose '' to a client. He asked a client to wire transfer $12 million to the "seller's account," which happened to be his account. DuMouchelle withdrew the transferred funds and used them to pay personal and business expenses.

This was only a part of DuMouchelle's schemes. The report said that he had defrauded various victims of about $25.3 million.

“Victims were lulled into believing DuMouchelle’s false promises because he held himself out to be an expert with valuable connections that would provide them substantial profits,” a U.S. attorney said in the report.

DuMouchelle, notes the report, carries more than 30 years of experience in selling and appraisal of fine gems and jewels.