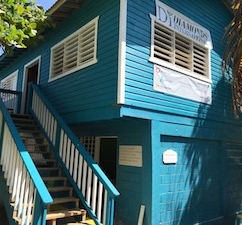 Roatán, Honduras—More than 60 volunteers from Forevermark US and staff from Forevermark authorized jeweler Diamonds International Honduras, partnered together to rebuild, improve, and expand a school for children in Roatán, Honduras. The five-week combined effort more than doubled the school’s capacity, making it the largest in the area. Projects included greatly improving the overall space and structural quality, updating the electric system, ensuring proper air circulation, and expanding the opportunity for more students to enroll and receive free education. Left: Escuela Luis Bogran

“After witnessing the commitment Diamonds International continually provides to their community, we wanted to support their efforts as if they were in our own backyard,” he said. “The vision and spirit of the community and volunteers coming together to build something lasting was so inspiring and we are proud to have been a part of it.”

“We have dedicated the past seven years giving back to the communities of Roatán, and this year, we wanted to put a special focus on education by rebuilding a school that was in dire need of help,” said Ruth King, general manager of Diamonds International Honduras. “All of the children who were once turned away now have a safe and comfortable environment to start their educational journey. This project will keep on giving back to the community for years and years to come.”

Originally, 40 children in seven grades shared two small, rundown classrooms and a shed. Now, the school’s capacity has more than doubled to over 2,000 square feet, including four new classrooms and a library, allowing a safe space for nearly 100 children to receive a free education each year.

Señora Norma, school director at Escuela Luis Bogran, is a driving force within the community and one of the inspirations for the renovation. She donates much of her time and money to help provide not only their education, but also students’ transportation to and from school via boat.

“I am so thankful to Diamonds International and Forevermark for rebuilding our school. The parents and I will be forever grateful for the support we received when we needed it most,” said Norma. 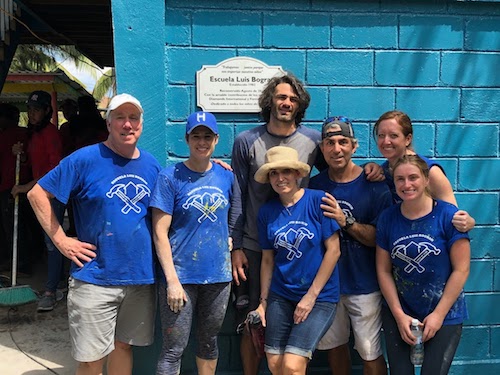 Volunteers from the Forevermark US team and authorized Forevermark jeweler Diamonds International Honduras pause from their day of building.

As a part of The De Beers Group of Companies, Forevermark is committed to empowering women and children through various educational and business-related programs in its diamond producing countries. In Canada, De Beers is working in partnership with UN Women to provide scholarships and mentoring to young women and girls from underprivileged communities who want to pursue studies in science, technology, engineering and mathematics (STEM). In Botswana, Namibia and South Africa, programs are in place to accelerate the growth of women entrepreneurs with business and life skills to help enhance their businesses, increase their income and create sustainable jobs for themselves and their communities.

Zurich, Switzerland—Jean-Claude Biver is stepping aside as the operational head of the watch unit of luxury conglomerate LVMH. While he’ll still be involved as “non-executive president,” he is stepping back from the daily operations of the uni, which includes such brands as TAG Heuer, Hublot, and Zenith. Biver, 69, has suffered from a variety of serious health problems which he described as better but not resolved. He likens his new role to being not the sous-chef who chops the onions, but rather the person that pops into the kitchen later and asks if they’re done. Biver joined LVMH in 2008 when the conglomerate acquired Hublot, of which he was the head. He was appointed head of the entire LVMH watch unit in 2014. Read more here.

Separately, LVMH rival Compagnie Financiere Richemont (better known as Richemont Group), tapped Jerome Lambert as CEO, a position that was initially eliminated a year and a half ago. In addition, Alain Zimmermann was tapped to head the group’s e-commerce division.

Lambert, 49, joined the in finance at its Jaeger-LeCoultre brand 16 years ago. He infused new life into it, then moved over to head Montblanc, where he also refocused the brand. In November 2017 he was tapped to be COO of the Richemont Group, and now as CEO will be responsible for its future growth.