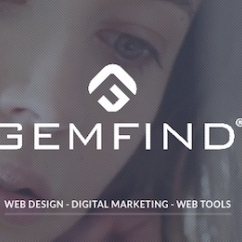 New York, NY—Polygon, the online community and marketplace for jewelry professionals, and GemFind, experts in digital marketing and e-commerce solutions for the jewelry industry, have announced a strategic partnership.

For nearly 20 years, GemFind has worked with jewelers and others in the trade to develop online strategies. As part of the partnership, GemFind will offer exclusive website packages to Polygon members, as well as special pricing on digital marketing services, including product and social feeds, SEM/SEO, Geo Fencing, email, content, and more. Customized exclusively for Polygon members, the website packages will also integrate with Polygon’s virtual diamond data feed, giving retailers the ability to instantly showcase 100,000+ loose diamonds on their own website.

“In today’s market, consumers are searching for products before walking in to a store, so digital presence and online visibility is very important for any business,” says Alex Fetanat, founder and CEO of GemFind. “We are very excited to be working with Polygon members to help drive the traffic to jewelry stores with our proprietary tools and technologies.”

Polygon members will further benefit from a direct connection with GemFind experts on the community forums, Facebook group, and in person at Conclaves and other Polygon events. GemFind specialists will become active participants in the Polygon community by sharing ideas, information, reports and more, as well as addressing questions and comments from members. Personal consultations will be offered by GemFind to Polygon members free of charge.

“We’re excited to be working with GemFind, and helping our members find creative ways to compete and connect with customers in the digital sphere,” says Lindsay Watkin, director of Marketing at Polygon. “Not only will this affiliation benefit members through exclusive packages and savings, but it will truly afford them the opportunity to learn and connect with experts in the field.”

GemFind clients who are not currently members of Polygon will be eligible for introductory savings on membership. For more information on membership and other services, or for details on the strategic affiliation with GemFind, contact Polygon at info@polygon.net, or (800) 221-4435.

Jerusalem, Israel—The son and brother of billionaire diamantaire Lev Leviev were among six suspects arrested Monday in Israel, suspected as being part of a massive years-long diamond-smuggling ring. Another of the six suspects was a veteran employee of one of Leviev’s factories in Russia, The Jerusalem Post reports. 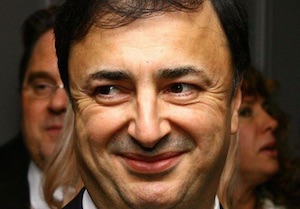 Billionaire diamantaire Lev Leviev. Members of his family have been arrested on charges of diamond smuggling. Image: Jerusalem Post

The arrests are the result of an undercover operation by the Israeli police. Suspects have been charged with money laundering, customs offenses, tax offenses, conspiring to commit a crime, false registration of corporate documents, fraud and more.

Leviev himself was not arrested, although news reports say police will ask to investigate him. The Uzbek-born diamond magnate, Orthodox philanthropist, and owner of LLD is known as the “King of Diamonds.” He and his family formerly lived in Israel; they moved to London in 2007. LLD said in a statement, “Mr. Leviev and the companies under his control act in accordance with the proper norms while adhering to the law. We hope that the matter will soon be clarified and the suspicions will prove to be baseless.”

New York, NY—Two well-known names in the industry have filed for bankruptcy in the past two weeks. Republic Metals Corp., one of the country’s largest precious metals refiners, filed for Chapter 11 bankruptcy last week, National Jeweler reports. The filing took place eight months after the company first discovered significant inventory discrepancies during its accounting for its 2018 financials.

The company has been looking for a buyer. On October 29, Swiss refiner Valcambi issued a press statement saying it had reached an understanding to acquire the firm. NJ says the deal hasn’t been finalized though talks are reportedly ongoing. Read more here.

The Links bankruptcy is part of larger restructuring at parent FF Group, a Greek-based company best known for the Folli Follie brand, which is experiencing some struggles of its own. Read more here.

Copenhagen, Denmark—Danish beadmaker Pandora has cut its fiscal guidance again this year, citing poor Q3 sales in both the United States and worldwide. Total sales year-on-year in the United States fell 12% in the third quarter. Online business drove like-for-like sales up 4%, but it wasn’t enough to compensate for poor performance in-store. The brand also said its new Reflexions line of mesh slide bracelets has been well received, but after debuting only last month it’s too early to tell if it will turn sales around.

CEO Anders Colding Friis stepped down in August; a new CEO has not been named yet.

Related: As Pandora Sales Fall, Its CEO Takes The Fall 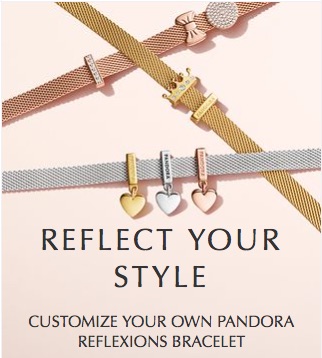