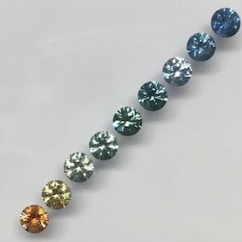 Montana Sapphire Mine Offers Jewelers Full “Made In USA” Option

The Potentate mine is in its second year of full production and has title to approximately five square miles of relatively high sapphire concentration in a wide range of colors (a full suite of color is shown at left). Indeed, noted gemologist George Frederick Kunz is quoted from the turn of the 20th century as having praised Rock Creek sapphire for its diversity of color. GIA has made onsite visits to the mine and published several articles about it, most recently in the Spring edition of Gems & Gemology. Quantities at the mine are reportedly substantial enough to provide adequate supply to the entire U.S. retail jewelry trade for many years. Furthermore, the Rock Creek sapphire deposit is all alluvial, alleviating consumer fears of environmental destruction in the mining process. 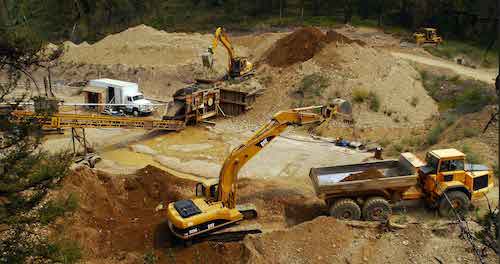 The Potentate sapphire mine in Granite County, MT, is an alluvial mine, alleviating environmental concerns.

The Potentate sapphire is being precision-cut by Americut in New Brunswick, NJ. It is polished with robotic technology developed by Kiwon Jang, an Americut partner who is a lifelong stonecutter, recipient of numerous AGTA Spectrum Awards, and a 2015 Spectrum Awards judge. Because of the technology, Americut can produce precision-cut sapphires in all sizes from 2mm to the largest sizes the mine recovers. 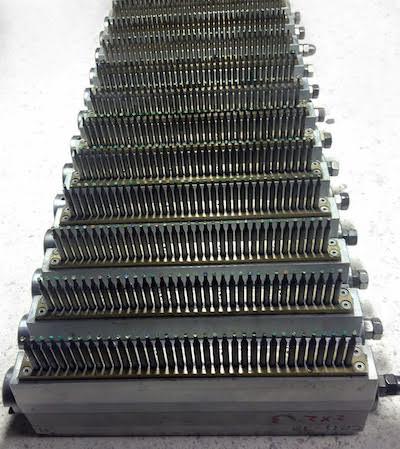 Jewelry with Potentate Mine sapphire cut by Americut is one of the few brands that legally can wear the label “Made In The USA,” assuming the finished pieces also are created here. Under a 2014 FTC ruling, only goods whose entire origins are American can be labeled “Made In America” or “Made In The USA.” Most fine jewelry cannot, as the vast majority of gemstones and/or precious metals are not mined in the United States. 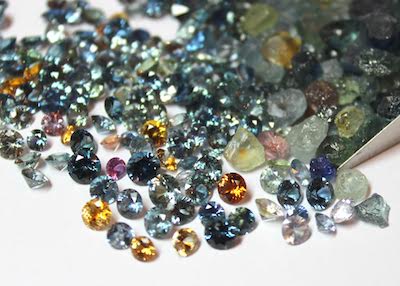 A rainbow of cut and polished sapphire melee from the Potentate Mine in Montana.

Neenah, WI—For the seventh consecutive year, Jewelers Mutual Insurance Company has been named to the 2017 list of Ward’s 50 top performing insurance companies. The award recognizes outstanding financial results in the areas of safety, consistency, and performance over a five-year period. The 2017 award covers the years 2012-2016.

“Our team at Jewelers Mutual consistently strives to go above and beyond,” said Scott Murphy, president and CEO. “It is an honor for their efforts to come to fruition by being named to Ward’s Top 50 another year. We pride ourselves in finding new and innovative ways to connect with our customers and look forward to continuing our company’s growth and being a top competitor in the marketplace.”

To develop its annual list, Ward Group analyzes the financial performance of nearly 3,000 property-casualty insurance companies and 800 life-health insurance companies domiciled in the United States, and identifies the top performers in each segment based on objective data and subjective quality measures. Each company has passed all safety and consistency screens and achieved superior performance over the five years analyzed. This year’s list was announced July 18.

Ward Group is an Aon Hewitt company and the leading provider of operational and compensation benchmarking and best practices services for insurance companies. A complete list of the 2017 Ward's 50 companies for property-casualty is located at WardInc.com.

Next article:
What Keeps Jewelers Up At Night? The Biggest Risks To Business In 2017