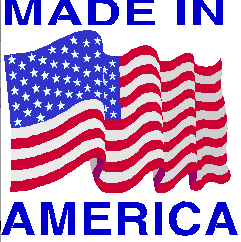 New York, NY—The Federal Trade Commission last week stated that unless a marketer can substantiate that all components of a product—including the natural resources it’s made from—originated in the United States, it should not advertise the product as “Made in the USA.”

The FTC ruling came in response to an industry request for an advisory opinion regarding recycled metals. But the ruling impacts all fine jewelry, not just recycled pieces, says Cecilia Gardner, CEO of the Jewelers’ Vigilance Committee (JVC).

The FTC standard for calling a product “Made in America” says “all or virtually all” significant parts and processing must be of U.S. origin. In June, the JVC, MJSA, Jewelers of America, and the American Gem Trade Association, along with the Berkshire Hathaway-owned Richline Group, requested that jewelry composed of metals recycled in the United States be considered “Made in America,” and that metal recycled here to be considered a new life cycle and new origin.

The FTC declined, citing available consumer research showing that three of five consumers believe “Made in America” means all parts of a product, including any natural resources it contains, originate here; and that one-third of consumers believe that “Made In” should only apply to those products that are 100% native.

For the fine jewelry industry, the law has serious implications. Recycled or not, the overwhelming majority of precious metals and gems in the market do not originate here. The amount of precious materials mined in the United States is so infinitesimal as to be inconsequential in the marketplace, which means that jewelry producers—whether individual artisan or large manufacturing facility employing hundreds—can’t legally call their jewelry “Made in the USA,” says Gardner.

“It is a bad outcome, but not unexpected,” she told The Centurion.

Still, it may not be as bad as all that. While the FTC is concerned about misleading consumers, other research shows consumers really care most about jobs and quality in manufacturing. For example, a 2012 study by the Boston Consulting Group found eight out of 10 Americans are willing to pay a price premium—sometimes as high as 60% more—for a product made in America vs. a comparable one made in China. And a similar study conducted by Consumer Reports National Research Center found that 78% of respondents said they’d prefer an American-made product to an identical one made abroad in a low-wage country. The most-often cited reasons were: 1) to retain manufacturing jobs in the United States and keep American manufacturing strong, 2) concerns about social issues like child labor or sweatshops; and 3) belief that American-made goods are higher quality.

Meanwhile, American jewelry manufacturers have no choice but to comply.

“The FTC is very protective of those manufacturers that are correctly branding, and also protective of consumers who will see the label “made in the USA” and conclude that all parts were sourced here. At least, that is their explanation,” says Gardner. “The only fix is legislative—and that is highly unlikely.”

Another option is making sure that retail partners know the manufacturer’s history well enough to talk it up to customers. It’s fine to tout the manufacturer’s design and craftsmanship, or describe the company’s factory and how many employees it has—as long as nobody implies that the metals and gems in the piece are of American origin.