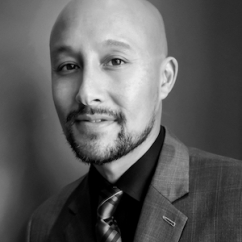 Los Angeles, CA—Uneek Jewelry has promoted Cortland Shopper (left) to vice president of sales. The announcement was made Tuesday by Benjamin Javaheri, president/CEO.

Shopper, a certified Jeweler Gemologist, is a Southern California native with a wealth of experience within the jewelry industry. He started as a bench jeweler setting diamonds, spent years providing support in customer service, and eventually rose to become director of aales during his 12-year tenure with Gregg Ruth. He joined Uneek in January of 2017 as regional vice president of sales for the western United States and Canada, and has since been instrumental in the strategic development of the organization with a "Uneek" insight on achieving success with independent retailers, says Javaheri.

“Since his appointment as regional VP of sales last year, Cortland has been extremely successful not only in boosting our brand’s footprint in his territories, but in expanding our product portfolio, as well—apart from exceeding his sales targets, he also went above and beyond by participating in line development and process improvement endeavors,” said Javaheri. “This decision to promote Cortland to this new role has solid implications for the next stages of Uneek’s journey towards excellence in service delivery, product development, and customer experience, and eventually towards a market leading position. The Uneek team and I are confident in his abilities, and are excited about the future of our company under his leadership.”

Shopper now will be responsible for establishing and overseeing all sales activities for Uneek, including customer relationship management, key account management, and sales force recruitment, in addition to joining the Uneek executive team.

“I am so grateful to be a part of the Uneek family,” says Shopper. “I feel blessed to be able to contribute whatever skills I have in a place where it is going to matter and make a difference. My goal with each and every encounter, whether it’s with one of my coworkers that stays late to finish a project or a retail partner needing a quote right that instant for a customer in the store, is to try and always figure out how I can provide maximum value to everyone all the time.”

A. Jaffe, Firestar Sale Gets Go-Ahead

New York, NY—A. Jaffe and Firestar Diamond/Fantasy Inc. have gotten the go-ahead to get sold. The two companies, both owned by scandal-plagued Indian diamantaire Nirav Modi, declared Chapter 11 February 26 and are seeking sealed bids for their assets from interested parties until April 27. A report in National Jeweler says the companies already have received more than two dozen bids for their assets.

Punjab National Bank (PNB), which Modi and his uncle, Mehul Choksi, allegedly defrauded of billions of dollars, raised objections to the speed of the sale, hoping to either stop it or at least delay it. The American bankruptcy court, however, did not find concerns sufficient to stop the sale process, stating that both A. Jaffe and Firestar followed the appropriate processes to be sold.

A final sale is expected by mid-May.

New York, NY—Jewelry designer Meira T has launched a line of luxury handbags, each hand-painted with whimsical designs. The bags are crafted in Portugal of Italian leather and hand-painted in Meira T’s New York studio. They’re large enough to fit all the essentials a woman needs for her day, says the company. The company is offering a satchel style with a top handle and detachable strap, as well as some smaller cross-body and clutch styles. 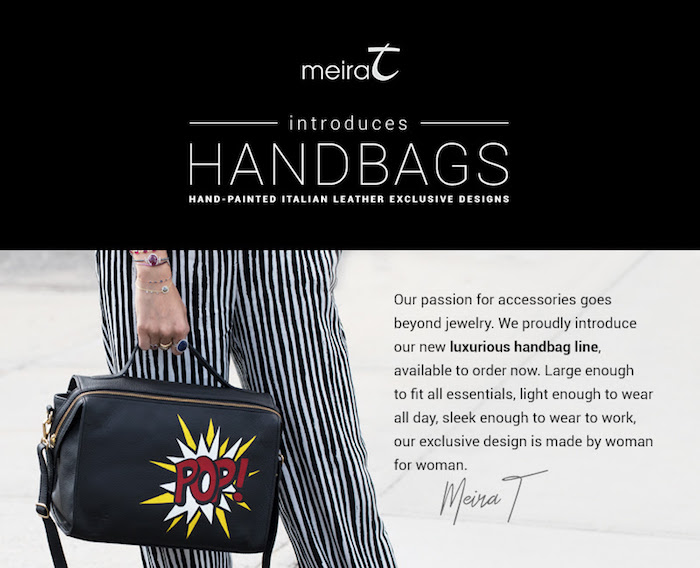 London, UK--De Beers Diamond Jewellers, the retail arm of the De Beers Group, has luanched a new global advertising campaign titled "When Only Forever Will Do." The campaign is centered around three real women, clients of the jeweler who marked their own milestones with a piece of jewelry purchased from the retailer.

"When Only Forever Will Do" explores the meaningful connections between a woman, her treasured moments, and her jewelry, and how these become a part of her unique story. The campaign launches globally with three ‘Women of Forever,’ soon to be followed by additional inspiring individuals. The first three are Maria, Yumi, and Fan Bingbing, below: 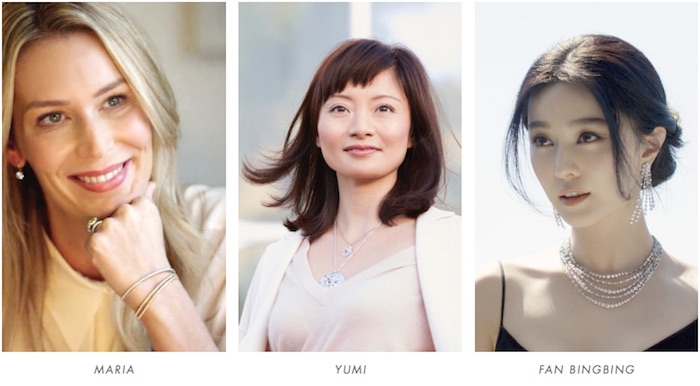 Maria reveals her sense of creativity and how it was first sparked by the excitement of her grandfather’s coat factory, subtly hinted at in campaign visuals where we see his tailor’s chalks. Her search for perfection is rooted in a passionate desire for self-expression; exemplified by her long search for the perfect diamond engagement ring. That ultimately proved to be a yellow diamond solitaire ring at De Beers Diamond Jewellers. Even at first sight, Maria reveals how this ring reflected her personality and drew her gaze instinctively with its one-of-a-kind character.

Acclaimed actress, entrepreneur and philanthropist Fan Bingbing is also one of the De Beers Women of Forever. A friend of the brand and brand ambassador in China, Bingbing has been present for significant milestones in De Beers’ recent history. The campaign explores Bingbing’s fascinating story of inner strength and instincts, including how she pursued her passion for acting in defiance of the expectation of her parents. This ambition led Bingbing to the Cannes Film Festival, where she marked being a judge at the prestigious event in 2017 with peerless De Beers
High Jewellery pieces. Through Bingbing’s personal possessions featured in the campaign, new facets of her journey to where she is today are revealed, including her little-known musical talents in playing the flute and piano.

Yumi chose to be photographed in London’s iconic Kew Gardens, a place of calm escape when she wants to be surrounded by nature. As well as finding balance in her affinity for the natural world, Yumi also draws on the strength of her De Beers Talisman Bravery Medal; one of ‘The Eight Virtues’ Talisman series set with peerless rough and polished diamonds. When wearing this piece, Yumi feels emboldened to embrace life’s challenges with strength and determination. Through the campaign, it is revealed how Yumi’s De Beers pieces represent different periods in her life, like chapters in a book.

Images for the campaign, top to bottom, Maria, Yumi, and Fan Bingbing: 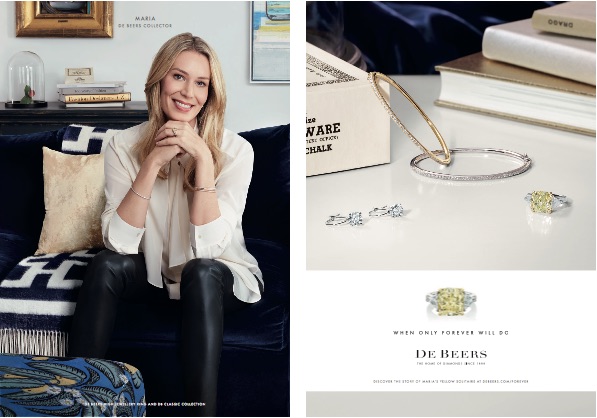 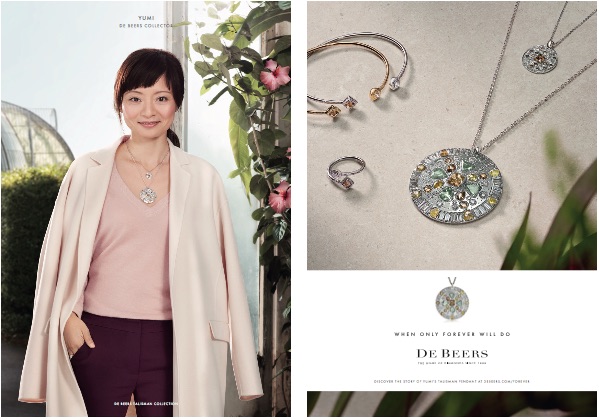 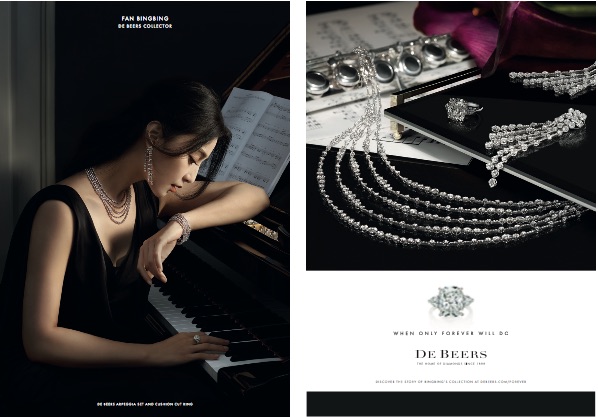