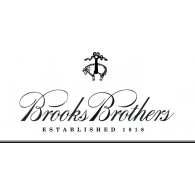 The company, founded in 1818, has dressed 40 of 45 U.S. presidents and countless top executives. The company also owns fashion jewelry brands Alexis Bittar and Carolee under its Deconic subsidiary, and recently inked a licensing agreement to produce jewelry for accessories designer Rebecca Minkoff.

Although the menswear brand nimbly adapted to the trend for casual business dress and later brought in hip designer Zac Posen to create updated apparel with appeal to Millennial buyers, the coronavirus pandemic hit it hard. Not only did the nationwide lockdowns impact its stores, but with many of its core customers working from home, even business casual wear is suffering, says this article on CNBC.

The brand is up for sale and already has earmarked 51 stores to close, out of roughly 500 total (250 of which are in North America). It also has announced that it will cease manufacturing work at facilities in Massachusetts, North Carolina, and New York, where about 7% of the brand’s goods are made.

Brooks Brothers follows some other storied names such as Neiman Marcus and J. Crew into bankruptcy, but unlike those, it is not struggling with debt. Its main issue is the expensive leases it signed when it expanded its retail footprint.