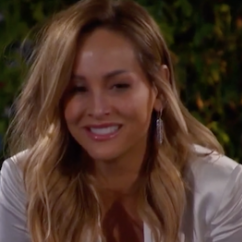 Crawley wore several of the brand’s pieces including both drop and on-ear style earrings and a gold and diamond crisscross ring. Of particular note were the ‘Phoenix’ feather earrings (retail, $2,000), shown top of page and below. The drop-style feather earrings are delicately hinged for silk-like curve and movement. 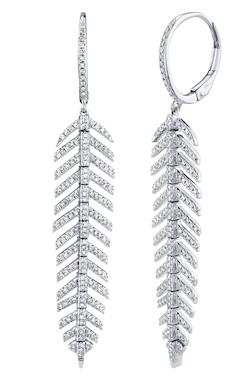 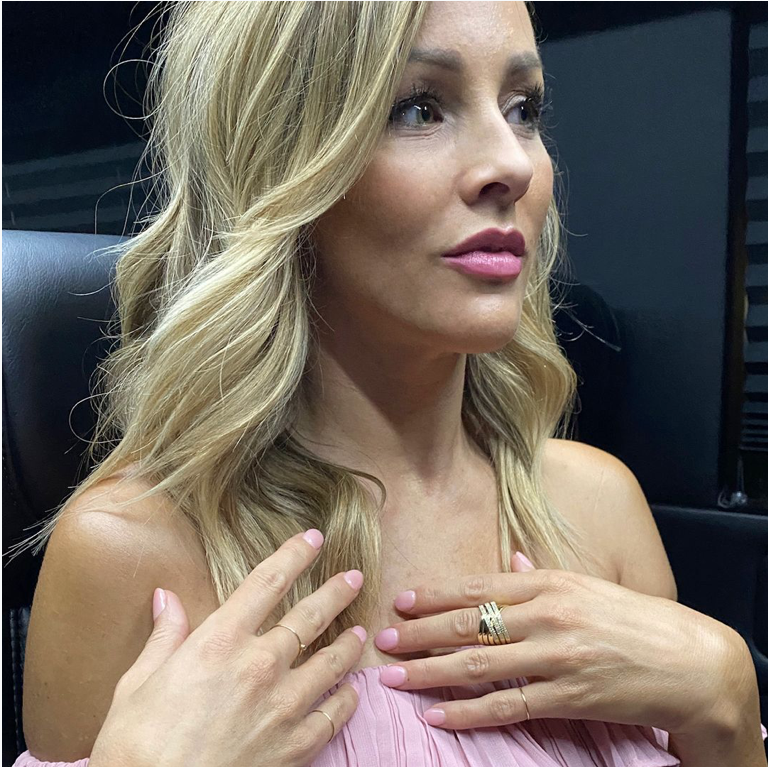 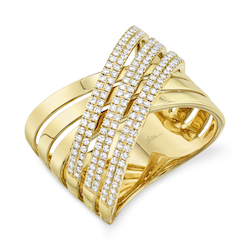 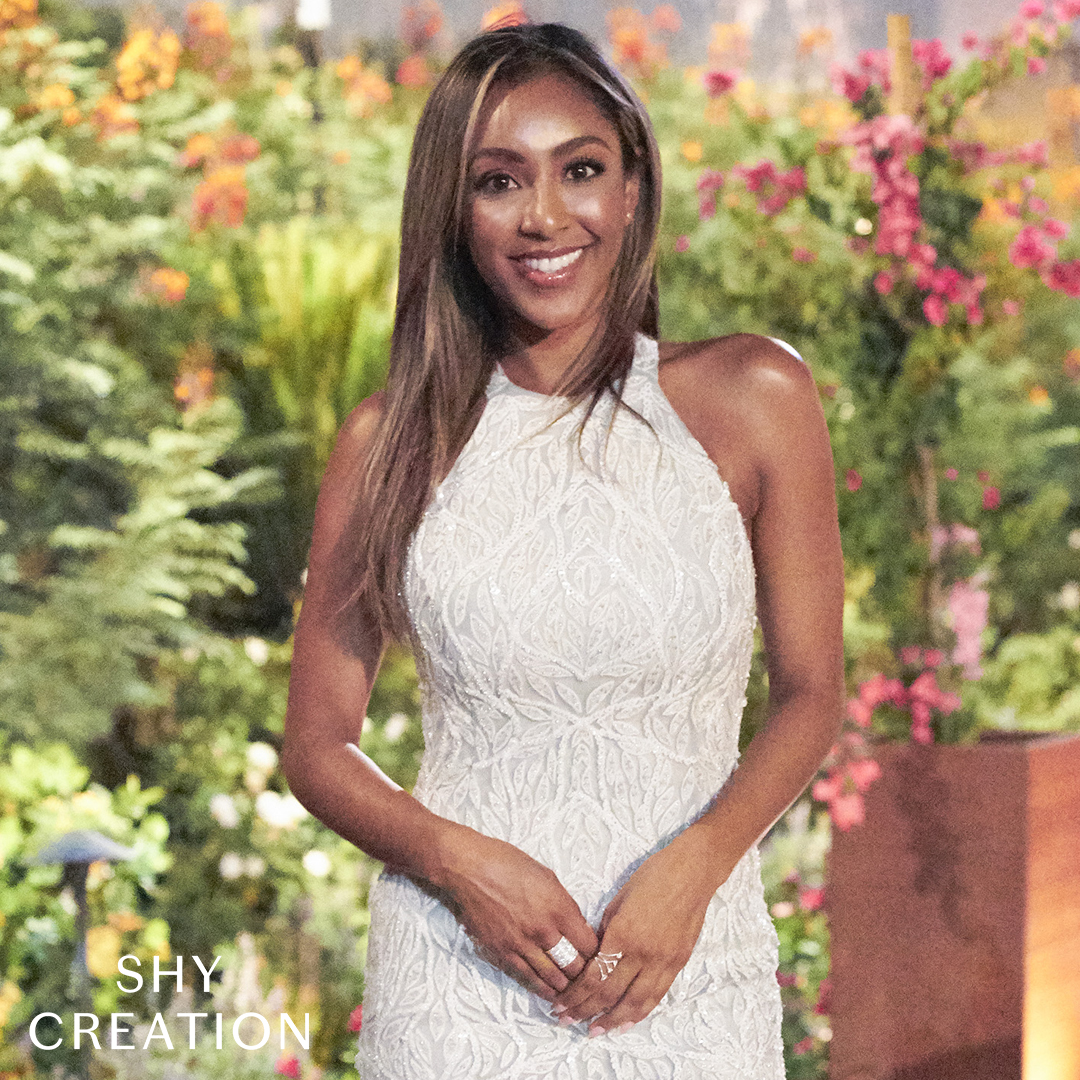 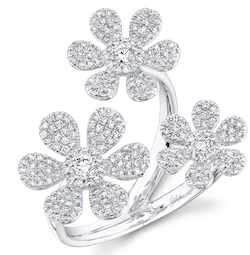 Bachelorette Tayshia Adams in the Fleur ring, above, and a diamond cigar band, below. 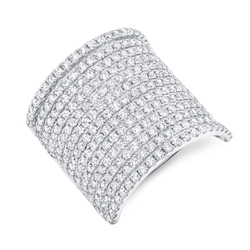