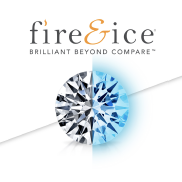 New York, NY--Fire & Ice Diamonds, known for its patented cut design which renders a bigger, brighter, whiter appearance, is challenging the diamond industry’s perception that the FTC’s landmark ruling in 1938 outlaws the use of the term “Blue-­White” diamond.  In tandem, the company launches the Blauweiss Collection, featuring spectacular colorless diamonds possessing blue fluorescence.

82 years ago, the FTC ruled that “it is unfair or deceptive to use the term ‘blue-white’ or any representation of similar meaning, to describe any diamond that under normal, north daylight or its equivalent shows any color or any trace of any color other than blue or bluish.”

At the start of the 20th century, colorless diamonds (DEF) with medium to strong blue fluorescence were prized as among the most beautiful in the world, commanding substantial premiums among eager buyers. Quality retailers such as C. D. Peacock of Chicago Il. made their name selling genuine Blue-­White diamonds, but others in the industry saw the opportunity to use the term to sell lower quality diamonds.

The FTC made its ruling to protect consumers from purchasing inferior, lower color, diamonds misrepresented as “blue-white.”  The wording of the ruling reflects the gemology of the 1930s, when fluorescence was not well understood and appraisers did not fully comprehend what was causing the blue cast. 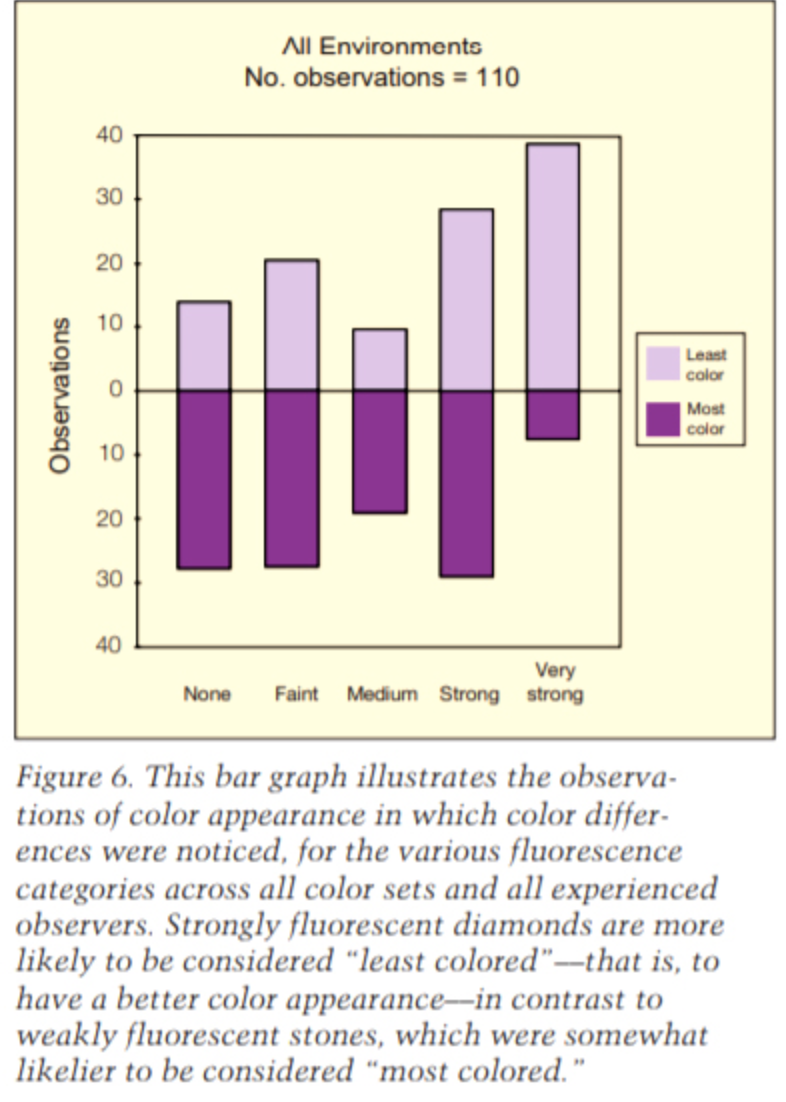 Today it is generally accepted that the term “blue-white,” can only be used to describe a Type IIB blue diamond like the Hope diamond.

“For 82 years the phrase ‘blue-­white diamond’ has been taboo,” says Fire & Ice founder Bart Marks, “but we contend that the framers of the law never intended to restrict the term in that way.  What the FTC intended was to outlaw the use of the term ‘blue-­white’ to describe diamonds of inferior body color.  Colorless diamonds with a blue cast in normal north daylight are exactly the diamonds the FTC sought to protect.”

Ironically, colorless diamonds with strong blue fluorescence are among the most undervalued in the market today. “We treat them almost as if they are radioactive,” says Marks.

The stigma against blue fluorescence is mostly related to the common but misguided belief that strong fluorescence can cause a cloudy or milky appearance in high color diamonds.  Studies by the GIA and more recently by the Belgium lab, HRD, have demonstrated resoundingly that this prejudice is unwarranted.

Tom Moses, who authored the GIA study concludes “The present study also challenges the trade perception that fluorescence usually has a negative effect on better-­‐‑color diamonds.  Our results show that the diamond industry would be better served by considering each diamond on its own visual merits.”

The truth is that cloudy diamonds with poor transparency due to internal characteristics, such as graining, etc., may look even milkier in the presence of strong fluorescence, but highly transparent crystals look brighter and bluer than they would otherwise.  The GIA estimates that the milky appearance occurs in less than 0.2% of blue fluorescent diamonds. In addition, both the GIA and HRD studies found that observers of all experience levels tended to prefer strong blue, fluorescent diamonds across all color categories.

If we must, as Tom Moses suggests, “judge each diamond on its own visual merit,” we need to physically examine the diamond to gauge its true beauty, an inconvenient fact for those who wish to trade diamonds in large quantities or sell diamonds online based upon the grading report alone. The Fire & Ice brand is centered upon cut, not fluorescence, so ultimately an update to the prejudice against the phrase “Blue-­‐‑White” would not change the brand’s mission.

The Fire & Ice brand patent certifies the perfection of 60/60 round and oval (available in 2021) diamonds, and validates the diamonds with having a superior brightness that supersedes the comparable appeal of Excellent, Hearts and Arrows, or Ideal cut diamonds as scientifically verified by the AGS Grading Report and ASET map issued with every Fire & Ice diamond .30ct and larger.

Most Fire & Ice diamonds do not exhibit fluorescence of any kind, but Marks says, “We are passionate about science, education and the natural wonder of genuine, earth-­‐‑born diamonds.  We are certain that the industry, and more importantly diamond consumers, will benefit from a better understanding of the effect of blue fluorescence on the appearance of diamonds.” 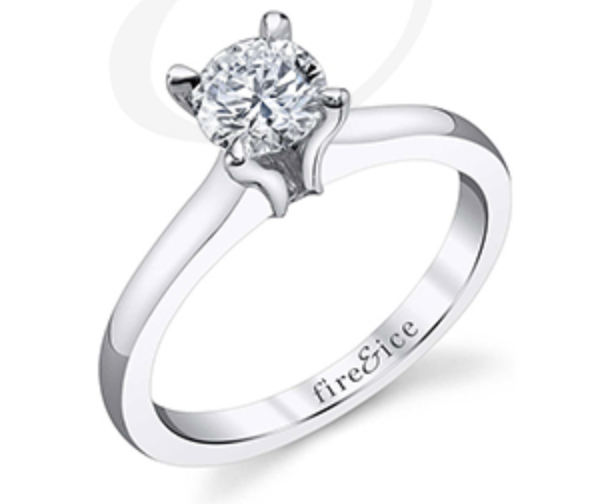 For this reason, Fire & Ice will begin referring to the Blauweiss collection as Blue White diamonds.