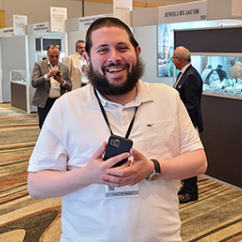 Phoenix, AZ--The Centurion Jewelry Show has come roaring back to life following a 16-month COVID-19 pause, making it the industry's first high-end, invitation-only show to successfully stage since the start of the panedmic.

Exhibitors and buyers alike were extremely pleased with Centurion's attendance, business and networking environment and sales results. After one of the most challenging years in history, people were excited to finally be able to get back out there and see beautiful jewelry and one another live and in person, rather than primarily via Zoom meetings.

The good vibes began with a flawless and speedy show build by the event's new officlal decorator and general contractor, FB International. "FB International really knocked it out of the park for us," said Centurion President Howard Hauben. "They made set-up enjoyable for our exhibitors and put them at ease." 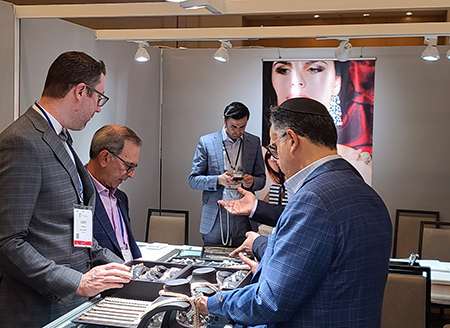 Odelia's booth in day two of Centurion above.

As the show got underway, the close to 200 top-level, invited retailers began to fill the aisles with a joyful and energetic bounce in their step and soon the sold-out show's 85 jewelry booths and 20 service sponsor tables were filled and truly enthusiastic buying activity and engagement was evident everywhere.

The Centurion's Rolf Ankermann interviewed both retailers and exhibitors on the collection floor the afternoon of the second day of the three-day show. His report:

Al Rahm of Mayors and Watches of Switzerland Group summed it up: “The show is great! Great for the industry," he said. "Once again, Centurion leads the way."

Business is booming for better jewelry stores and more inventory is needed, agreed Tommy Aucoin Jr, of Aucoin Hart Jewelers, Metairie, LA.  He was very happy that the twice postponed Centurion Show finally took place. “It’s been great and I’m glad Centurion was able to pull it off.” 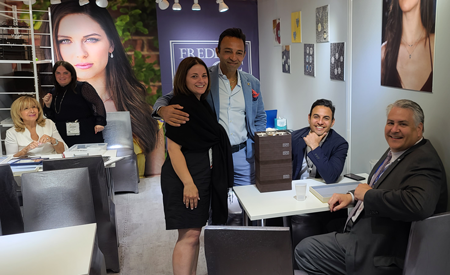 Having heard about Centurion for years from other folks in the industry, first time attendee Francesca Alexander of Bronze, Silver & Gold in Cambria, CA, was super excited to attend. enjoying the show's hospitality, Alexander already had many appointments scheduled and was eager to hit the floor.

Ankermann spoke with Melvin Reisz of Summerwind Jewelers, located in coastal Portsmouth, NH at the day-two breakfast educational session presented by James (Jimmy) DeGroot of The Jewelry Training Institute, covering the sales principles of speaking the customer's language. He had watched many of DeGroot's videos and appreciated the opportunity to see him live. Reisz concurred with DeGroot's take on the importance of relating to each individual jewelry buyer on their level. 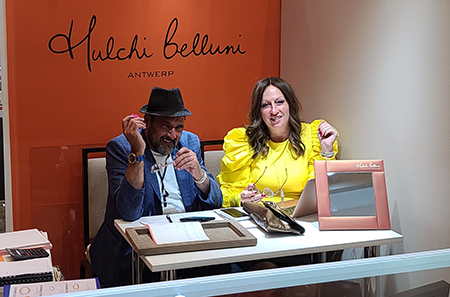 On the Exhibitor side, David Abuloff of 20-year exhibitor JB Star reported he was very pleased and the amount of business generated and that it had far exceeded his expectations.

Long time exhibitor Kabana was a pleased late addition due to earlier concerns relating to the pandemic. Company Sales Director Eric Anderson noted that the show had been very busy, in a good way, and that it was certainly time for retailers to get resupplied. 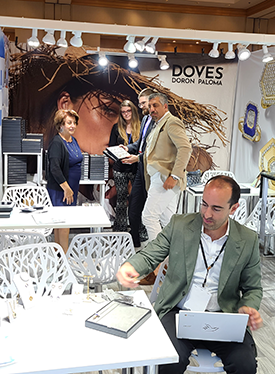 An active Doves By Doron Paloma booth at Centurion  2021

First-time exhibitor Bassali Jewelry's Efi Bassali felt the timing was perfect and was likewise pleased with his results. Service Sponsor Mike Abbott of The Edge was pleased with set-up and was happy to report that day one had already brought his company several new clients.

Below more photos taken during the first two days of Centurion 2021:

Above, dinner set for night one at Centurion 2021 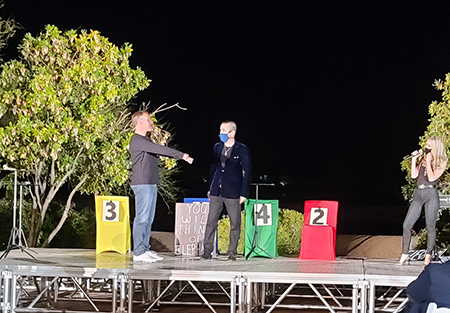 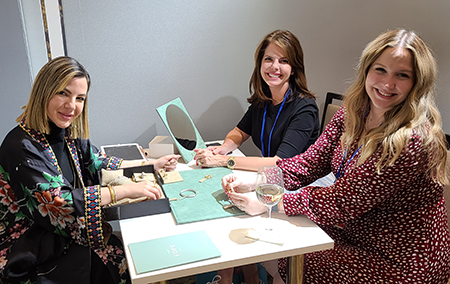 The Lewis Jewelers team works with Fope Gioielli at Centurion 2021. 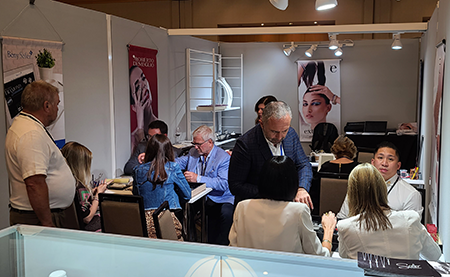 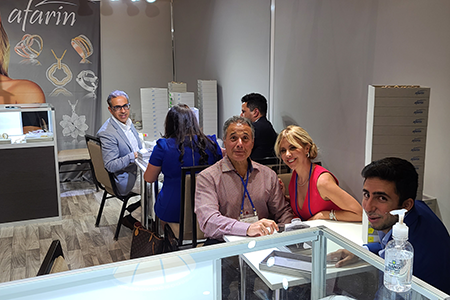