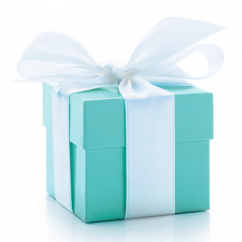 New York, NY—In the latest research from L2 ThinkTank showing specialty retailers’ digital IQ, jewelers made a dismal showing in terms of overall digital savvy. The highest-ranking jeweler on the list, coming in 19th out of 64, was Tiffany & Co., with what L2 called “a jewel of a mobile app and smart digital cross promotion.” L2 assigned it a digital IQ of 118, which fell into its “gifted” category.

But the good news is that the industry ranked very high in user-generated content—which means consumers do want to engage with jewelers or jewelry brands, and the digital world presents a vast untapped opportunity for the industry to get its message out.

The new L2 Index, released August 23, focuses on specialty retailers, including both luxury and non-luxury, in eight categories: accessories, apparel, beauty and skincare, department store, e-tailer, flash sale, home furnishings, and watches and jewelry. L2 defines specialty retailers as having differentiated themselves from low-cost peers by having an aspirational environment, edited selection, and top-shelf services, all mixed with traditional media spend. For offline, says the report, this strategy remains the right one—but tactics and weapons have changed. Even in the year since the 2010 study, for example, mobile and social platforms took on a new level of importance.

No other jewelry stores made even the top 40 of the August ranking. The next highest ranking jeweler after Tiffany was Cartier, in 43rd place, with a digital IQ of 96, a rating of “average,” and a site L2 called “good looking, but with faulty site mechanics.” In 45th place, Swarovski had a digital IQ of 94 and a ranking of “average,” while Swatch, at number 47 had an IQ of 92 and an “average” ranking as well.

Zales, at number 52, was considered “challenged” by L2 with a digital IQ of 83, and, finally, watch retailer Tourneau, at number 64, was in last place with a digital IQ of only 43, a ranking of “feeble,” and a tongue-in-cheek comment observing that the “clock is ticking before getting completely left behind.” L2 said of Zales’ digital efforts, “enhancing mobile and YouTube offering would help.”

Additionally, the jewelry and watch category as a whole had the highest site bounce rates in the Index (33%) and the lowest annual traffic growth rate (14%). But it still showed improvement from last year, and ranked slightly above accessories, below: 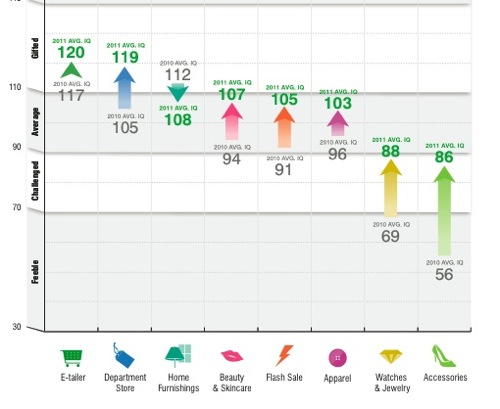 Veronique Valcu, L2’s lead researcher for the study, told The Centurion that the jewelers scored “average” at best in all four categories—but that the jewelry and watch category rendered the highest level of user-generated content within digital marketing overall.

“The combination of both high volume of, and positive sentiment within, both blog content and online brand mentions signals that this category carries strong brand equity online. The challenge for the industry will be leveraging this strength into a tangible and engaging digital experience that will ultimately drive conversions, whether online or off,” she told The Centurion.

In short, there’s a lot of opportunity for the category to seize. 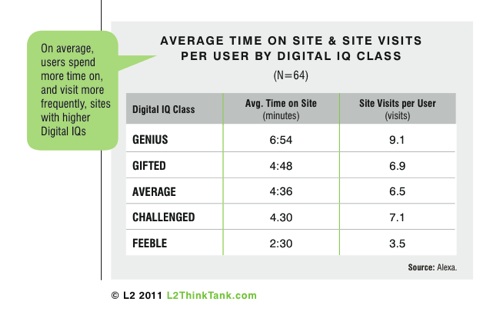 The higher a retailer's Digital IQ, the more time users are likely to spend with it online, says L2's research.

Scott Galloway, founder of L2 and clinical professor of marketing at the Stern School of Business of New York University, spoke about digital presence in the luxury space at GIA’s International Gemological Symposium last May in Carlsbad, CA. He said prestige jewelry and watch firms come up far behind the competition in digital savvy among luxury firms. Even famous names like Rolex were at the bottom of the list in his research.

Why are jewelers so far behind?  Galloway offered some valid reasons for digital foot-dragging among luxury jewelry and watches: the industry is highly fragmented with few public companies (and hence few Wall Street analysts demanding better digital performance), and it’s also, frankly, still run by a generation—largely male—that wishes the Internet would just go away, he said.

But despite the finger wagging, can a luxury jeweler survive without a strong digital presence?

“It depends on what he’s been doing to build business—if he’s out in the community, building trust, then yes. At the end of the day, the jewelry industry still is about relationships,” says marketing expert James Porte. But it’s a qualified “yes,” because sooner or later that won’t be enough. Without at least a good website, younger customers who log on to research the jeweler will perceive the store isn’t “with it.” That’s fine, says Porte—if you’re planning to retire in a few years and you are satisfied with selling only to your peers and not building new customers.

Rachel Wengrow, director of media for Toledo, OH-based Fruchtman Marketing, disagrees and says even jewelers who aren’t focused on attracting the wired Millennial generation need to be digitally up to speed.

“The fastest growing segment online actually is older consumers, not Millennials,” she said.

At the very least, having a viable and easy to use website is an element of marketing that jewelers have to have and need to keep improving, says Porte.

Wengrow says, “Allow yourself to get help with it. A luxury jeweler wouldn’t grab a videocam and shoot their own TV commercial, they’d hire a professional. So hire a professional to help with your digital marketing.” She and Porte both acknowledge keep up online is time consuming (especially if inventory is shown online) but Wengrow says consumers are looking for the most up-to-date and accurate information, not stale information that’s months old. “There are online tools that will teach you how to do it, but my best advice is to talk to someone who knows.”

Jewelers historically aren’t the most proactive group, but they do tend to latch onto proven successes, such as Pandora and other bead jewelry, says Porte. Some jewelers were early adopters of digital marketing, and helped beat the drum. But when others jumped on the bandwagon they weren’t always as successful—and it wasn’t quite as low-cost as it was touted to be, especially if they had to bring in consultants.

Michael Schechter of Honora agrees. "While it's cheap to do, it isn't cheap to do well. One of the single most groan-worthy things I hear is that companies have given their social presence to a teenager or an intern. That's akin to letting them design your ad. If a business is going to do this, they have to do it right and that means a quality person who has access to both people and resources within the business,  a person who is familiar with jewelry and can answer customer questions quickly and intelligently." Customers have changed and they expect the same caliber of answer whether it's over the counter or the Internet, he says.

Start here. So what’s most important? With the digital world spinning at dizzying speed, it’s hard to know where to start. Is a good website enough, or is it more important to focus on social media, or look ahead and put efforts into the emerging technologies of mobile? And will one’s efforts today be obsolete tomorrow?

According to L2’s Veronique Valcu, social media remains the most asked-about and talked-about digital medium, due to the channel’s dialogue-driven nature. It gives brands a platform to more authentically showcase their voices, identify and reward loyal customers, and promote their products.

“They [jewelry and watches] are well positioned to maximize their impact on social media. With average one-month Facebook fan growth of 19 percent and the highest Facebook interaction rate (i.e., “likes” and comments/size of community) of 0.19 percent, this category’s small but loyal fan base should be considered a captive audience that is extraordinarily receptive to product-driven marketing,” says Valcu.

Both Porte and Wengrow, meanwhile, are huge fans of email marketing, but say jewelers often don’t have good email lists. “If jewelers are not collecting emails from their customers, then this very effective way of reaching a consumer is lost,” says Wengrow.

They have a point. According to MailerMailer.com's latest Email Marketing Metrics Report, even with the booming success of social media marketing, email remains the most reliable and effective tool for marketers today. Many expected that social media would replace email marketing altogether but instead it’s joined email as a way for consumers to engage with companies. Don’t choose, use both.

If a jeweler is going to use email marketing, they need an online home; i.e. a place for the customer to go, says Wengrow. The user needs to be able to click through to a website or at least a Facebook page.

Opinions are divided. Wengrow and Fruchtman Marketing suggest 1,000 as a good start for an e-blast, and Porte says the more you send out, the more chances you have to hit, especially given how fast spam filter technology advances. Services like Yahoo and AOL have added new ones just recently, he says.

But MailerMailer advocates going smaller. In its metrics study, lists with fewer than 1,000 names had much higher open rates than larger lists. Regardless, what’s most important to a marketer is the quality of the list—both valid email addresses and recipients who are likely to engage. Both Porte and Wengrow acknowledge a small solid list can have lots of value—especially if it’s augmented by direct mail (the old-fashioned kind) and picking up the phone. Email needs to be part of your overall marketing, not your only marketing.

Porte pegs the email open rate for many jewelers at between 5% and 20%. For retail, the MailerMailer metrics report says the total average open rate is 12.1%, beating the total all-sectors average of 11.4%.

The other important part of email marketing is tracking it on the back end. The subject line greatly affects open rates. For example, did a “diamond event” email blast get a good response? Consider using that line again, says Wengrow.

According to MailerMailer’s metrics report, popular words that lead to more opens include “news,” “free,” “newsletter,” and “sale.” Other good subject-line words trending up are “holiday,” “celebration,” “tonight,” and “weekend.” Though the report didn’t specifically attribute these words to retail newsletters, all of the favored words are, not surprisingly, good call-to-action words for retailers.

And keep it short. MailerMailer says subject lines with fewer than 14 characters get the most opens, with steady declines as the line gets longer. 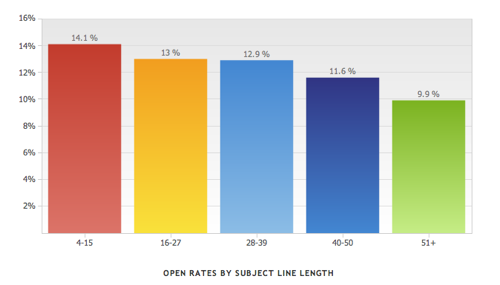 The longer your subject line, the fewer opens, says MailerMailer.

Finally, apart from technology, “you never know if the person who only came in for a watchband now is ready for a big purchase and your email hit them at just the right moment,” said Porte.

To read the clickz.com report about what social media changes mean to your marketing, click here.