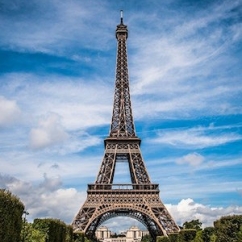 New York, NY—As a former fashion editor, I have to admit I’m a sucker for style lists. I may not agree with them or follow them but it’s always fun to see “The 10 Key Things Every Wardrobe Needs This Year” and so on.

It’s no secret that French and Italian women are global style leaders. So when the fashion site WhoWhatWear publishes a list of “7 Style Rules French Women Always Follow,” that’s fashion girls’ catnip. According to WhoWhatWear, French women would never:

1. Wear sky-high heels. Check. Despite my industry reputation for wearing beautiful but highly impractical shoes to tradeshows, these feet, now d’une certaine age, are definitely over that.

2. Wear flashy logos. Check. If I’m going to advertise your company as a walking billboard, you should be paying me, not the other way around.

3. Over-accessorize. Ah, the three-piece rule. “I would never wear more than three pieces of jewelry at once. I think any more than that clutters and confuses a look. Understated jewelry is usually my go-to, but if I do wear a statement piece it will always be on its own,” said Audrey Rodgers of Be Frassy, in the article.

Seriously? I know French style is understated, but that seems rather extreme. So I reached out to two of my favorite French ladies in the industry—Severine Ferrari and Sunny Setton De Poortere—to confirm or refute.

“I am not your typical French girl in terms of style, as I do like to layer, in fact I love it!” She acknowledges that overall, the article does make sense and she agrees that French women do tend to apply the “less is more rule” and wear simple, understated outfits with not too much bling.

“My personal style can be considered French from the Mediterranean with a hint of gypsy! I like to layer, but I make sure that each necklace and attached charms or medallions have room to breathe, so that they do not overlap and mingle and get all mixed up. It looks messy and you can no longer see the pieces.” 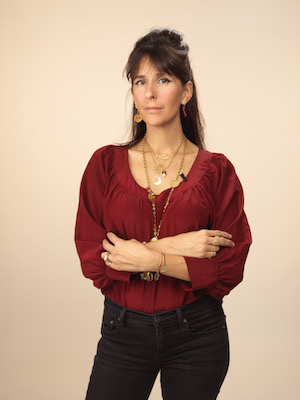 Sunny Setton De Poortere, principal designer and owner of Gazza Ladra, wearing her signature layered necklaces from her own collection.. She was one of Centurion's 2020 Emerging Designer winners. And yes, I think she still looks very French.

She herself likes to wear jewelry that is not only esthetically pleasing but that has a meaning. “I create gold symbols in order to share a message, so it is important for each piece to stand out in order for it to be seen and understood.” 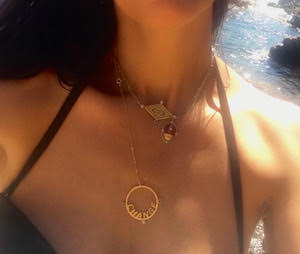 Closeup of some Gazza Ladra necklaces.

As for statement necklaces? “I do agree that some necklaces look amazing on their own and should be worn alone in order to let them shine.”

Severine Ferrari, meanwhile, is the founder and editor of YourEngagement101.com and is one of Centurion’s team of influencers. You’ve certainly seen her on the Show floor looking for trends to share. And she’s both French and Italian, to boot. Her take?

“So, yes, it is true that classic and everyday elegance in France is about less is more, including jewelry. I was raised with this background, and for example my ears are not pierced because my mother thought it was vulgar to have pierced ears.

“And I was told to never have strong eye make-up with a bright lip. An elegant French woman picks just one strong accent, whether it is a piece of jewelry or make-up or shoes or an ornate piece of clothes.” 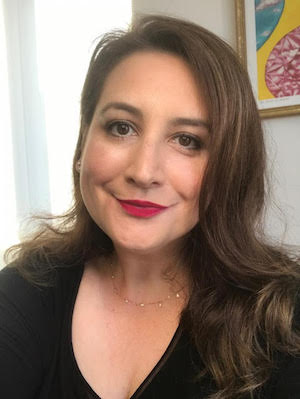 Style influencer Severine Ferrari, founder and editor of YourEngagement101, adheres to classic French style wisdom. She says she feels "like a Christmas tree" if she wears too much jewelry at one time--but her younger sister can pile it on with panache and look very chic.

But things are changing, she says. While she personally says she feels like a Christmas tree if she doesn’t stick to a minimalistic style, she points out that some of France’s most famous fashion legends, designer Coco Chanel and model Loulou de la Falaise, turned their back on the old ways of looking at French style and played with accessories and lots of jewelry layers. It’s a look that especially resonates with younger French women.

“I have a sister that is at the cusp of Gen Z. She and her friends are totally into layering and over-the-top accessories, including jewelry. They look very chic.

“Since I have been in the US and more specifically working in the jewelry industry, I have noticed that there’s one trick that French women who layer use that should inspire women who like to layer and are on a budget. They mix costume jewelry and fine jewelry. That’s why there’s a lot of really cool vermeil jewelry in Europe that is harder to find in the US. If it looks good, who will know? It allows most women to play with more pieces. They still collect fine jewelry but they are able to change their daily layers more often.”

Personally, after looking at jewelry and fashion for more than 34 years (those aging feet!), I think there’s a lot to be said for both restraint and profligacy. Putting on my fashion editor’s hat, I think the key is in the proportions: a stack of delicate bracelets reads as one. A nicely layered group of necklaces—with, as Sunny says, room for each to breathe—is a very pretty addition to a deep V-neck. You just need to decide if you’re going to layer or do a statement neck—you can’t do both. And finally, in true French fashion, choose just one area to highlight with a pile of jewelry. If you’re stacking bracelets, keep the neck delicate and skip the heavy statement piece, and keep the rings on the smaller side as well. Love a knucklebuster ring? Take the bracelet down to delicate proportions or take it off altogether. And so on.

As for the rest of WhoWhatWear’s seven rules for French women, it all amounts to never looking too done up or like you’re trying too hard. And never, ever wear nude pantyhose.

I think we’ve all got those rules down. (Panty hose? What are those?) But these days, just putting on actual pants (as opposed to leggings) is a noteworthy occasion. At least, if nothing else, Zoom meetings still mean we need our jewelry!