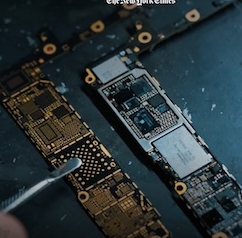 New York, NY—Heads up! Gold, always on the radar of sustainability advocates, may be grabbing your customers' attention very soon.

The Weekly, a new documentary television series produced by The New York Times and aired on FX and Hulu, on Sunday ran a 30-minute exposé on the illegal gold industry in Colombia. Since the price of gold began climbing in the early 2000s, illegal gold mining has rocketed in Colombia’s remote El Bagre region, and it now has replaced cocaine as the country’s main source of income from organized crime.

Reporter Nicholas Casey, the Times’ Andes bureau chief, reported on the Colombian criminal gold trade in Season 1, Episode 12 of The Weekly series. He addresses both the environmental impact of illegal gold mining—the millions of acres of forests destroyed and pounds of toxic waste containing mercury and cyanide dumped onto the ground and into the water supply—as well as the culture of violence, extortion, and murder committed by the guerilla gangs and militias that control the gold trade. He also says the corruption and/or willingness to look the other way about it goes all the way to the top.

A United Nations study supports the claim. The UN says that approximately two-thirds (66%) of the gold mined in Colombia, one of Latin America's main gold producers, has been extracted illegally. Illegal mining operations generate approximately $2.4 billion a year, which according to intelligence agencies is three times more than the cocaine industry, according to newspaper El Nuevo Herald.

A 2018 study carried out by the UN's Office on Drugs and Crime (UNODC) found 84,000 hectares were affected by illegal and informal mining practices, an increase of 6% over the 79,000 hectares measured in 2014. The study warns that illegal gold mining continues flourishing in National Natural Parks, Indigenous Reserves and Black Community Lands, where mining is strictly forbidden. But as The Weekly episode demonstrates, the illegal gold mining areas are in remote regions far from governmental oversight.

Compounding the issue is gold forgery. Once gold is melted and formed into bars, it can't be identified. Last week, a Reuters report found gold kilobars are being forged with the marks of legitimate refiners; essentially a gold-laundering scheme. The bars themselves are real, not fake--that's not the issue--and in fact they're very high quality gold. But the false refinery marks allow questionably sourced gold to enter the legitimate pipeline, where it ends up in reputable global institutions like JP Morgan Chase, a major source of bullion. Click here or on the image below to watch a Reuters video: 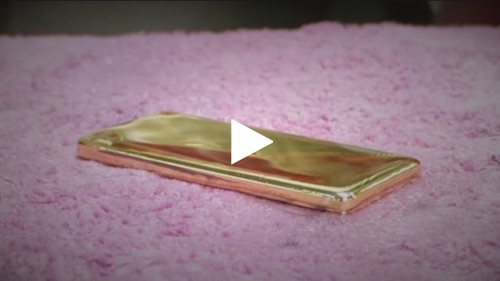 Although Nicholas Casey’s report on The Weekly focuses on the use of gold for motherboards in smartphones and other electronic devices, it’s not unreasonable to expect jewelry also to come into question from human rights and environmental activists. Although there is a system of warranties in place to track gold mining in Colombia, Casey demonstrated how much illegal gold easily slips into the system. Indeed, while Casey’s report focused on how even Apple’s carefully documented supply chain isn’t foolproof, he also makes brief mention of Samsung, Ford, Lenovo, and Tiffany also using gold that passes through the hands of a major Colombian refiner linked to the illicit trade. Casey says the company sells to a Utah-based company Apple uses as one of its gold suppliers.

Each episode of The Weekly features a Times journalist investigating one of the most pressing issues of today. Past episodes have focused on drug prices, origins of the opioid crisis, and more. The program airs Sunday nights at 10 p.m., but you can watch the gold episode trailer here and see the complete episode online or through your TV provider’s “on demand” service.