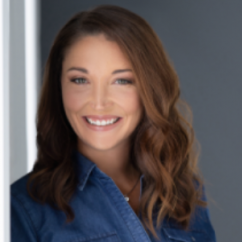 Key Largo, FL--I recently watched a Ted Talk by Angela Lee Duckworth speaking on grit: the power of passion and perseverance. In her past, Angela taught seventh grade Math and it struck her that IQ was not the difference between her best and her worst students. Some of her strongest performers didn’t have stratosphere IQ scores and some of her smartest kids weren’t doing so well. She was firmly convinced that each one of her students could learn from the material if they worked long and hard enough.

After years of teaching, she learned as teachers we needed a better understanding of our students and learning from a motivational and psychological perspective. This led her to return to school to become a psychologist. She started studying kids and adults in order to learn who is successful and why.

She and her research team went to multiple settings like the National Spelling Bee and tried to predict which children would advance the furthest in the competition. They went to private companies and asked themselves which of these salespeople were going to keep their jobs and who was going to earn the most money. In all these different contexts one thing emerged as a significant predictor of success. It wasn’t good looks, social intelligence, and it wasn’t IQ. It was grit. Grit is having passion and perseverance for very long-term goals. Grit is having stamina and sticking with your future.

So next to me when you’re hiring a new sales rep, I recommend you give them a grit questionnaire so you can understand their level of passion and perseverance that will determine success within your company. These short quizzes can be found online including on Angela’s website.

In today’s world, it is not easy to be a jewelry sales rep. The way of selling has changed that includes using zoom, analyzing existing accounts before having a meeting, and even doing homework before meeting a new account.

But one thing has remained the same. It is not easy to take no's all day from new retailers and drive from town to town trying to open new retail doors. That takes passion and perseverance.

You now might be questioning, does my existing sales team have grit? Do my lower performing sales reps lack grit and if so, how can I teach them to have grit?

Angela has heard that the best way to build grit is through a “growth mindset.”

At Stanford University they developed this idea called “growth mindset,” which is the belief that the ability to learn is not fixed and that it can change with your effort. They did a study that when kids read and learned about the brain and how it changes and grows in response to challenges, they are much more likely to persevere when they fail because they don’t believe that failure is a permanent condition.

So, I recommend teaching your team that failure is not a permanent state and to share these stories of failure and how people turned those failures around.

After reading this, I ask you to ask yourself, is my sales team gritty and if they are not, are you instilling in them the ability to have a growth mindset?

Megan Crabtree is the founder and CEO of Crabtree Consulting. Before founding Crabtree Consulting, Megan had a successful professional career in the jewelry industry, which culminated with high-level positions at several of the top firms in the retail and manufacturing sectors. Reach her at mcrabtree@crabtreeadvisory.com or visit www.crabtreeadvisory.com where you can set up a live chat or a 30-minute free consultation.

Next article:
Types of Retailer Promotions and How To Implement Them