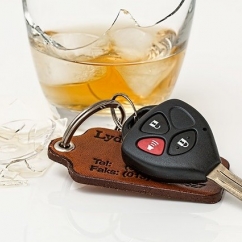 The vehicle, per the report, steered off the road and slammed into the store's wall.

The crash damaged several other businesses in the building. The driver is in the hospital for minor injuries. No one else was injured in the accident.

Vicki Robin, the owner of Vianna Jewelers, told ABC that the night was rough and rebuilding would take some time.

"We're a little family, so it'll all get rebuilt. It's not an issue. I'm old enough to have a little better perspective than a young business owner, and everyone is insured, right? That's why you have insurance," Robin told ABC.