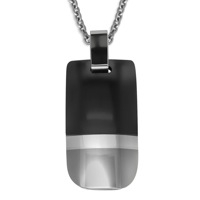 Although not on the field for the real big game, Edward Mirell was on hand to promote its line of jewelry for two days prior, as a participant in Big Game Weekend’s “The Suites,” a two-day gifting and hospitality suite for athletes and celebrities in town for the Superbowl.

The designer saw dozens of current and past NFL superstars, including Barry Sanders, Darnell Dockett, and Colt McCoy, as well as celebrities like Marlon Wayans of G.I. Joe: The Rise of Cobra, Mark Salling of Glee, and Mike “The Situation” from MTV's Jersey Shore television series.  Each guest had the opportunity to view Mirell’s various collections, and was then gifted a pendant or bracelet. Items included the women’s “Rain” necklace and men’s “Signature Cable” cross and “Tuxedo” pendant.  All of the items featured Edward Mirell’s patented Black Ti, as well as gray titanium.  Retail value of the jewelry ranged from $185 to $450. 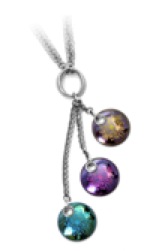 Ed Rosenberg, Edward Mirell’s lead designer and co-owner, says, “This was a one-of-a-kind opportunity to be seen by a market that is typically hard to reach.  We are excited not only to be sharing our jewelry with the celebrities and athletes, but also to be a part of this amazing event in the great city of Dallas. If the Big Game Weekend goes as well as the lead-up to it, we are in for one heck of a ride.”

Director of sales Adam Rosenberg said, “Contemporary metals jewelry is our passion, and as a fourth generation jeweler, we were very proud to share our innovative style with this very select group of athletes and celebrities.” He says many celebrities told him they plan to make future purchases. 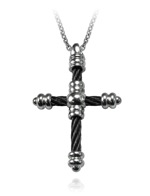