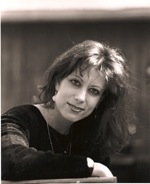 Should a luxury retailer be selling inexpensive jewelry?

There are two schools of thought on this. Some fear it could dilute a store’s image or confuse customers. Others say it’s important to have something for everyone because you never know when today’s modest customer will become tomorrow’s millionaire.

During the Monday morning panel discussions at Centurion, moderator Shane Decker, a noted industry speaker and sales trainer, pretended to stutter over the word “Pandora,” one of the popular bead lines offering product starting as low as $25 or less. His point: Should a jeweler known for selling $25,000 diamonds be selling $25 beads in the same store, using the same sales associates’ talents?

Over the years, I’ve heard jewelers both praise and curse the bead—calling it everything from “Pain-dora” to a lifesaver that kept customers coming in through the worst of the recession. Some hate the fact that bead sales, be they Pandora, Chamilia, Trollbeads, or any other brand, take as much of a sales associate’s time to close as a big diamond—Decker’s point—and in the process, may keep that associate from closing a high-end sale.

Other jewelers, meanwhile, say that’s the best way to keep a steady stream of customers coming in on a regular basis, and they’re quick to point out that a fully-finished bead bracelet isn’t exactly peanuts in cost, either. It’s not a diamond, but it’s still a few hundred dollars and a lot of customer interaction.

Speaking as both an editor/analyst and a consumer, I come down firmly on the side of entry-level luxury, whether it's bead jewelry or some of the new vermeil or plated designer collections. Here’s why:

The answer? Something they can afford and relate to, along with an experience they crave.

This generation has grown up in an era when a lot of school budgets are tight. Often, art and music—considered nice but nonessential—are among the first programs to be cut. So a lot of these consumers are not being brought up with the kind of exposure to fine art and quality that their parents were. Many in this generation are learning about art and design from marketers, not from teachers. But the point of marketing is to constantly create desire for something new, so whether in electronics, wardrobe, or even home furnishings, regular churn is part of the process. On the positive side, good design is de rigueur even at the mass-market level, so this is a group that’s accustomed to, and demanding of, well-designed product, and they expect frequent turnover in their closets and gadgetry. But it’s also a group that doesn’t see a need to spend thousands of dollars when there’s a funky fashionable piece to be had for a few hundred. So if someone's going to get their attention long enough to teach them a bit about quality, better you than another retailer.

Finally, speaking as a consumer, there are simply times when even the most well-heeled of your regular affluent customers needs an inexpensive, yet pretty, item for a gift—and no, $500 isn’t necessarily what they had in mind for “inexpensive.”

What you want to be is the luxury customer’s “all the time” jeweler—with something for all the times of their lives.

Next article:
Edward Mirell A Player At Big Game Weekend