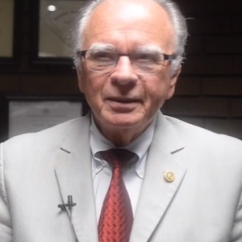 North Little Rock, AR—For the past week, Stanley Jewelers Gemologists hosted the cutting of the Esperanza diamond. Cutter Mike Botha of Alberta, Canada-based Embee Diamonds worked the cutting wheel while he spoke with customers (and the media) and posed for photos. In an exclusive interview, The Centurion spoke with jewelers Loyd Stanley and Laura Stanley about the event—which exceeded their best expectations.

The cutting wheel/bench is named Brutus and it’s heading shortly to Murfreesboro to the Museum at the Crater of Diamonds State Park for display there. The Arkansas Parks Department will have a video running with the display featuring Botha cutting the Esperanza.

A great number of Arkansans came by to witness the historic event and those that could not watched a live stream of the cutting on YouTube.

“We had 1,785 views, and the average view was around 11 minutes,” said Evert Botha, COO of Embee Diamonds, who also was at the event. “The bulk of traffic was in the US; 1/10 from Canada, and a bit from most of the countries in the world.”

Loyd Stanley said, “I think we’ve probably gotten 1,000 times more free publicity than I thought we would. Fellow jewelers, don’t overlook little things that might turn into big things, because in my 55 years here, this is the once-in-a-lifetime thing.” A photo from the event will be used as part of the literature for the state park, publicizing the store indefinitely.

Botha will soon be starting a cross-country AGS Guilds tour with a series of stops for in-store events, starting October 12 in Cincinnati and ending October 25 in Boston.

And how did the cutting go? From Stanley Jewelers’ blog:

“After 75 hours at the grinding wheel, master diamond cutter Mike Botha finally put the finishing touches on the "Esperanza" diamond — a gemstone that was plucked from the soil by Bobbie Oskarson at Arkansas' Crater of Diamonds State Park on June 24. Originally 8.52 carats in weight and the shape of an icicle, "Esperanza" has been transformed into a sleek and unique 4.65-carat "triolette." Read the full blog post here. 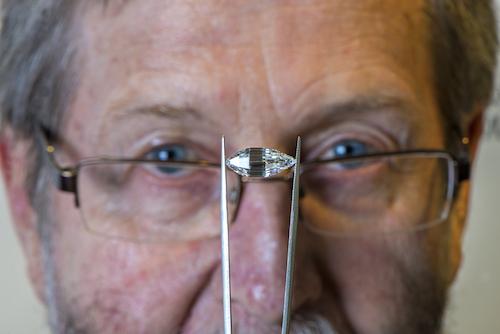 Above: The final finished cut.

Click here or on the image below to watch the exclusive video interview, read a consumer reporter’s take on the event here, and further background information here. 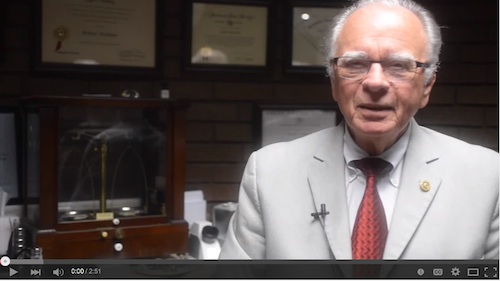 Next article:
Leaders Of Top Global Luxury Brands Discuss What It Takes To Thrive Today