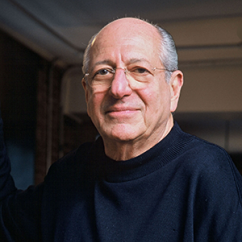 St. Augustine, FL--Famed jewelry designer Jose Hess passed away on February 9 at the age of 87 from complications with heart disease. He was a great and gentle leader of our industry who will be sorely missed.

In addition to Magdalena, his wife of 33 years, Hess is survived by four children: Lawrence, Francine, Aaron, Josef, and four grandchildren.

A private memorial service will be held in Florida. Details of any public memorials will be released at a later date.

In lieu of flowers, memorial donations may be made to the American Jewelry Design Council.  Mail to: AJDC to PO Box 1149, Hermitage, PA 16148.

The following piece about his life was provided by his wife, Magdalena "Maggie" Hess. 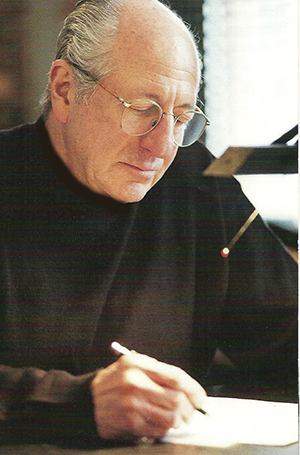 Jose Hess, one of the original leaders of the American designer jewelry movement, died peacefully at home on February 9th  in S Augustine, FL. He was 87.

Josef Hess was born to a German Jewish family in 1935. In 1938, when he was three years old, his parents fled Nazi Germany and settled in Colombia, South America. Upon entering the country, a customs official wrote Jose—the Spanish version of Josef—on his identity papers, and Jose he remained.

A year after World War II ended, young Jose’s parents both fell ill, and he left school to temporarily look after their business. But as he began to consider a profession, it was gold, not bread, that fascinated the young teenager.

At 14, he found employment with a Viennese goldsmith who also had fled Germany and set up shop in the same town where the Hess family lived. Jose began by carefully sweeping the shop floor until he was accepted as an apprentice. He often related how he learned his craft the old-fashioned way, from melting gold through creating sheet or wire and making jewelry by hand, and learning how to set precious gems.

Hess immigrated to the United States at age 17 and worked at a series of jobs in the jewelry industry. He also finished high school, took gemology courses at GIA, and obtained a degree from the Mechanics Institute of the General Society of Mechanics & Tradesmen of the City of New York.

Hess served in the U.S. Army for four years, ironically stationed in Germany. Upon returning to the United States, the now-experienced jeweler began making models and handmade pieces for the renowned American jewelry designer David Webb.

In 1958 Hess went out on his own. Although jewelry store owners loved his designs, they refused to sell them under his name. Having observed how important brands were in the clothing industry, Hess was stunned to learn that the jewelry industry not only didn’t operate the same way, it was openly resistant to branding.

It was then that he made it a mission to get involved in the jewelry industry and forge a path where branding and designer-driven products were key. In so doing, he became one of the architects of the entire designer and branded sector of the industry.

Hess quickly realized that to create a signature brand, he needed name recognition. For that, he looked to De Beers, which had consumer name recognition through its legendary “A Diamond Is Forever” advertising campaign. De Beers had created the Diamonds International Awards, a prestigious global design competition, to complement its tagline. In 1963, Hess won his first of many De Beers Diamonds International Awards, for a gold and diamond leaf pin. One of the other winners that year was his former employer, David Webb.

Hess began advertising in consumer and business magazines, coordinating placements adjacent to De Beers’ “A Diamond is Forever” ads. Apart from De Beers and major jewelry houses such as Tiffany, consumer advertising was still largely unheard of in the industry, but Hess believed in the concept, and soon retail customers were asking jewelers for his jewelry.

In the 1980s, Hess incorporated baguettes and other square and rectangular diamond shapes into his bold contemporary gold jewelry, unusual for the time. As styles changed, his aesthetic evolved to more delicate, organic styling. His designs were often spotted on top celebrities of the 1990s and in editorial features in consumer magazines such as Modern Bride.

He continued to advocate for designer jewelry, becoming a renowned industry leader. He served on the boards of the (then) Manufacturing Jewelers and Silversmiths of America (MJSA); as the first American president of CIBJO, president of the Plumb Club, and as the 1993 president of the prestigious Twenty-Four Karat Club of the City of New York.

He was active in the founding of both the American Jewelry Design Council and the Contemporary Jewelry Design Group and, later, continued to mentor emerging young designers and consult for jewelry companies around the world. In that regard, Hess returned to his father’s roots as a teacher at New York’s Fashion Institute of Technology, where he was instrumental in creating a framework course for jewelry students that is still in use today.

His many friends both in the industry and outside remember his favorite expression, “Strong Like A Bull.”

"On a personal note, Jose was a dear friend and someone I always looked up to," said Hedda Schupak, Editor of The Centurion. "True to his nature to be a teacher and mentor, when I was fashion editor of JCK he was more than willing to take time to answer my questions about the designer jewelry sector, show me around his factory in New York, and share his wisdom. In the mid-1990s, I was working on a story for the magazine about the origins of the designer jewelry movement and the roles that both Jose and Henry Dunay played as 'fathers of American jewelry design,' in advancing designer jewelry as a category. It was to be the cover story, and as we were all in Basel for the fair, I got the idea to do a photo shoot there instead of waiting till we were back in New York. Both men agreed and graciously waited through the lengthy process of preparing for the final shot. When I showed them the test Polaroid (back in the days before digital!), Jose grinned and said, "so what are you going to call this shot? Grumpy Old Men?" in reference to the movie starring Walter Matthau and Jack Lemmon. We all had a good chuckle.

"Later, I worked closely with Jose as fellow members of the 24 Karat Club. I produce the Club's membership newsletter, and Jose was one of my best contributors, tapping into his vast knowledge of the Club's history. Every time I saw him and asked how he is, he always answered with his trademark favorite expression, 'Strong Like A Bull.'"

His namesake brand continues online under the direction of Hess’s wife and business partner, Magdalena “Maggie” Hess, a renowned designer in her own right. In recent years, he also expanded into a line of accessories available through the Danbury Mint.

Next article:
TARA Introduces New Wholesale Website with Top Collections, 40% Off ‘Everything’