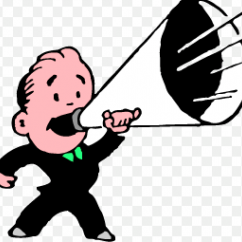 Scottsdale, AZ—With more than 1,000 retail jewelry stores closing last year, jewelers at the recent Centurion Scottsdale show were anxious for some good news about the future of luxury jewelry stores.

That news came in the form of an in-depth look at five jewelry businesses that either have or currently are in transition from one generation of family ownership and management to the next. In a detailed panel discussion, storeowners and their heirs apparent discussed two critical elements of successful family businesses: how they communicate without generational dissention and conflict; and how they plan to transition ownership and leadership to the next generation.

The panel was moderated by Jeffrey Roseman, CEO of Connecticut’s David Harvey Jewelers, and an adjunct professor at Fairfield University Dolan School Of Business Management Department. 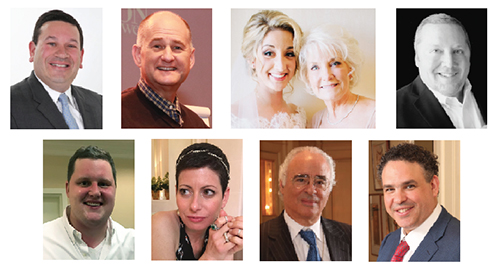 The first topic Roseman addressed was governance within the business, and how the generations communicate. Family business consultants typically suggest having a family council or putting down official guidelines on paper, but that’s not always necessary.

“How do you make it most effective for yourselves, your family, and consumers?” asked Roseman.

“It has to start at beginning,” said Jim Rosenheim. “I was second generation and I had a very unhappy time with my dad in the business, and I didn’t want to repeat that with my son. When Matt came and said he wanted to join the business, I wrote a list of all the things you need to do and why, and all the things you can’t do and why, so that criteria were established at the get-go.”

His goal, he said, was to treat Matthew not as his son but as a “loving business associate”—and never pull out the “dad card.”

“It allowed us to operate as two adults discussing things, and while we don’t always agree, there’s a level of civility and you don’t recreate that parent/child dynamic where kid acts out in same way they did when they were 10 or 12. I think that’s secret to success,” he added.

“There’s mutual respect and a spirit of partnership and keeping business as business and family stuff out of business conversations,” added Matthew Rosenheim.

Because Jim is an only child and Matthew is his only child in the business, they don’t have a formalized structure for decision-making that other stores with multiple multigenerational family members need. 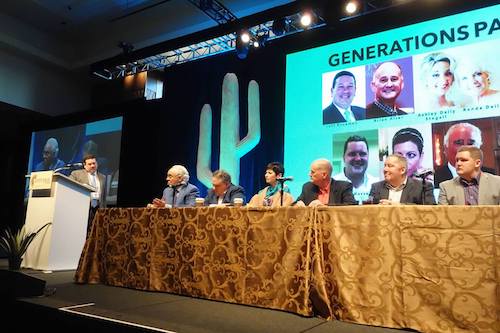 Jeff Roseman, at the podium, addresses the panel on Sunday morning at Centurion.

“My father put it into place when he took over from his parents. We [Lauren and her siblings] are the fourth generation.  We are arms and legs of a body, so if you have one going forward and one going back, the body can’t go in right direction. But once a decision is made, we all stand beside it—even if it later proves to be the wrong decision.

“Family always comes first.  If a decision is important for the business but sacrifices the family, the decision does not go forward.

“Going back to my grandfather’s time, in each generation there have been multiple family members in the business. Everyone had a different position and different skill level but an equal vote,” said third-generation Brian Alter of Alter’s Gem Jewelry in Beaumont, TX. Having no formal written constitution has resulted in a lot of family discord—even to the point of almost a murder mystery—but one tradition that has held the business together was his grandfather’s and father’s daily lunch date, a tradition he and his father continued through his father’s life.

“My dad always had ultimate authority but never used it. It’s very hard to accomplish conversations when we’re all running around doing different things. My grandfather and father established a mandatory lunch every day, out of the store, at the table, out of hearing from staff. You have to make the time to have conversations, not 10 minutes here and 10 there, but make time to have those conversations every day.

“It was our business meeting. It allowed us to maintain the camaraderie of business partners so we could accomplish what we needed to do. It’s so important that even if I was with a customer, Dad would be waiting with his foot tapping.

“We don’t have a constitution or lunch every day, but we share a six-foot by six-foot office, so we can’t escape conversation,” he laughed. “Charlie and I tend to have a lot of agreement even if there’s disagreement on the agreement! It’s hard to define our relationship. The only thing that stays the same in this business is change, and I think it’s flexibility that’s kept us together.

Charlie Nusser says calling his father Bill, rather than Dad, was the biggest adjustment. But he concurs that working in proximity every day is a good thing for their relationship and their business. “I think it’s having our office, having that space, spending that time together no matter what. We’re not small guys so it’s literally being nose to nose!”

“There’s one dissonant family member in the business; my sister.  She’s the comptroller. She isn’t a front-line person but she has different ideas and she is the area of conflict in our business,” admits Bill Nusser. “We’re always negotiating around that to try to accommodate everyone if possible, but it’s not always possible.

“I was recently promoted to general manager,” said Charlie Nusser. To join the business, family members had to apply just like anyone else, he said, and were hired only if they were the better applicants. “I started as janitor there and that was good.  We are family, but our store is family, and our employees are family. I hope they all feel like equal stakeholders.”

Like Jim and Matthew Rosenheim, Ronda Daily and Ashley Daily Stegall were both “onlies” in their generations. “Our business is governed by values, and I taught that to Ashley too,” said Ronda.  “We run our business by those and we run our lives by those.

“I’m really happy with how we communicate, but as both only children we’re both very direct. Sometimes that’s good, sometimes it’s not always so good, so we go to lunch and we pull the respect card. But when Ashley was growing up we had family meetings very Sunday night and talked about values.

“I’m lucky enough to have the support of coworkers. My mom and I are very close, we are best friends, we can communicate with minimal words,” Stegall concurred.

Next week: How each jeweler is handling the transition of ownership and leadership to the next generation.

Previous article:
Tax Deadlines You Need To Know For 2017